Pandemic: 'Right time for people in Hills and Valley to work towards a common cause' 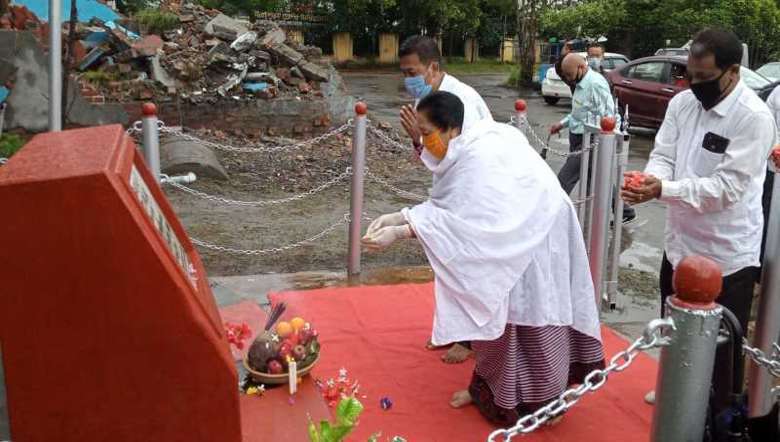 Amid the coronavirus crisis in Manipur, there is a need to focus on the positive aspects of the pandemic and now is the right time for the people of the hills and valley to come together and work towards a common cause, the All Manipur United Club Organisation (AMUCO) said on Tuesday on the occasion of Manipur Integrity Day 2020.

Luwang recalled how a mammoth rally was held in the state in 1997 with the demand to save the integrity of Manipur. During the rally, a large number of people from various ethnic groups in the state voluntarily participated for the integrity of the state. To commemorate the day, the ‘Manipur Integrity Day’ is being observed each year by paying floral tributes to the Integrity Pillar located near the Manipur State Museum in Imphal, he said.

Luwang also said the people need to take the opportunity of the COVID-19 pandemic as it can only be defeated by cooperating with one another and by following strict protocols and guidelines together.  If we fail to cooperate with each other at this time, then nothing good can be brought for the state in the near future, he said.

Also, expressing appreciation of the doctors and healthcare workers on the frontline at RIMS and JNIMS to treat COVID-19 patients, Luwang said a few healthcare providers are trying to defame the whole healthcare fraternity by neglecting their duties which are to be performed by a frontline warrior. They should rather be showing the way to take up preventive measures against COVID-19 instead of neglecting their duties, he added.

The COVID-19 positive persons are to be treated at hospitals and announcing a hospital as a containment zone would not be appropriate at this crucial moment, he contended, adding it can create panic among other patients in the hospital.

Apart from the increasing number of containment zones, the number of COVID-19 positive patients without travel history is also increasing, he said.

The concerned authority should monitor whether residents belonging to a containment zone are following the guidelines and protocols. To make the people become aware of the preventative measure from COVID-19 is much necessary, he added.

Meanwhile, the Protection and Preservation Committee (PPCM) also celebrated the 74th Manipur Independence day at its office, Imphal. PPCM Convener Jitendra Ningomba stated in a release that the present generation should be aware of the historic day and observe it accordingly.

The release stated that the present generation should not make any mistakes since they have suffered the consequences of the mistakes committed in the past.

AMSU president Peter Laishram has been selected as the convener of the student wing, it stated.

The PPCM appealed to all ethnic communities in the state to refrain from making any decisions or take steps that can affect the integrity of the state, the release added.