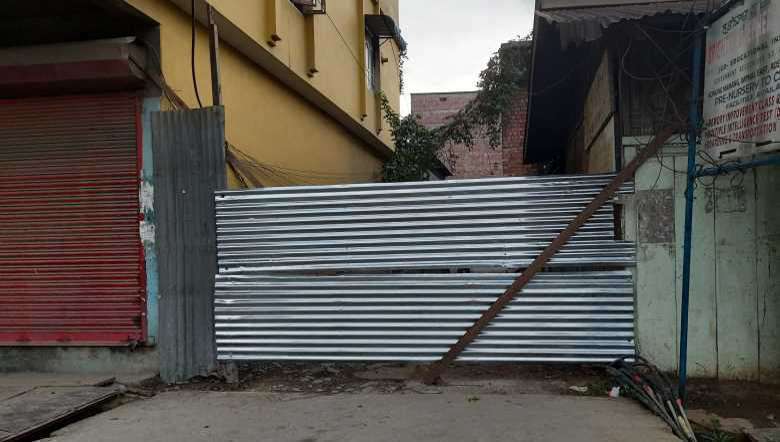 Imphal East, one of the twin districts of Manipur’s capital Imphal, has become the focus of COVID-talk in the state after Thoubal district, with the report of two deaths due to the disease in the same family from a locality in the area.

Thoubal District Hospital was sealed after three doctors and one grade IV employee tested positive for COVID-19 on July 26. District Chief Medical Officer Dr N Jayentakumar stated on Sunday that the number of COVID-19 cases is rapidly increasing in the last few days in the district. Those without any travel history are now among the positive cases, he added.

In Imphal East district, the first of the two victims succumbed to the virus late Friday at the CMC hospital in Koirengei, Imphal. The 77-year-old patient died due to co-morbid health condition and COVID-19, the health department officials said. Two days later, a 20-year-old girl, granddaughter of the man, also succumbed to COVID-19 at her residence, at Pureiromba Leikai, Imphal East.

However, the epicenter was not declared a containment zone by the government till Sunday. The delayed response by the concerned authority worsened the alarming situation and caused panic among the residents of the surrounding areas, particularly Pureiromba Leikai, the residential place of the two victims, who were originally from Chandel district.

It may be mentioned that the epicenter lies within the congested commercial hub of Imphal East district, where the chances of rapid transmission of the infection is high.

Local clubs have barricaded entry and exit points to the localities to prevent outsiders from venturing into the place. Young volunteers were seen mending these barricades.

In view of the fast-spreading fear and concerning situation, almost all the shops in the main markets such as Hatta, New Checkon, Konung Mamang have down their shutters. In some area, local clubs consisting of mainly young members, have imposed total lockdown preventing shops from opening for seven days.

Against this backdrop, the district administration on Sunday declared containment zones in 12 areas in the district, pushing the residents into a quandary amid the crisis situation.

The two deaths pushed the total number of COVID-19 fatalities in the state to seven on Sunday, while the COVID-19 confirmed cases in the state rose to 2,831 and the number of active cases was 1087 with 1,737 recovered cases.