The modern essence of travel and tourism

The growing tribe of a typical set of "tourists" is being witnessed in social media. 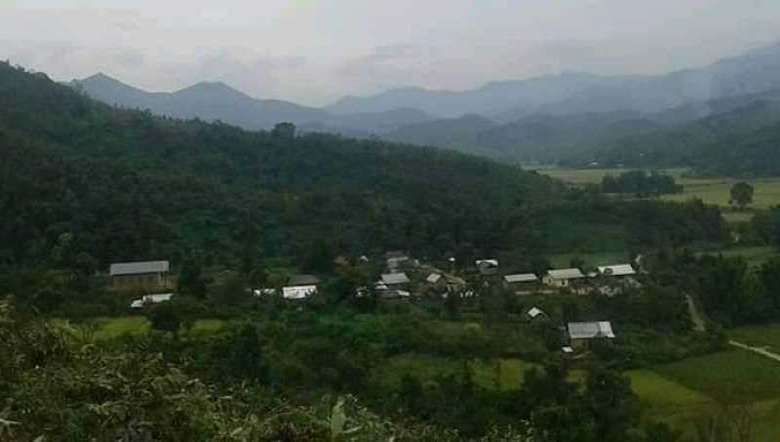 Travel and tourism. After ensuring basic necessities of food clothing shelter livelihood and medicines, perhaps tourism has been the prime attraction of general human population around the world since the dawn of civilization.

In continuation of that tradition, a major section of social media posts to general face to face conversation today revolves around tourism. While the rich might fly to Japan or Brazil and put up at top-end hotels; the middle class might travel sleeper class in trains and venture Maharashtra to Meghalaya and stay in budget hotels. Even the persons from "lowest strata" of society( in terms of monetary power) like house maids vendors or mechanics are also in full-fledged tourism now with their destination perhaps nearby within the concerned state and staying in cheap holiday homes. Only difference lies in degree of comfort and luxury or the destination --- but the urge to venture outside is flourishing across all sectors irrespective of economy.

Now let's arrive at individual cases from the general picture. There exist many persons among us who always wish to appreciate the cold desert in Nubra Valley or watch the run of Wild Ass in Rann of Kutch. But Lady Luck is not in their favour. Either their economic compulsions do not permit them to undertake tour to these places or medical constraints refrain them from indulging in such venture. Some might be prosperous as well as medically fit, but have a vulnerable senior citizen or a physically challenged relative to attend at home. So they have no other option but to emit a deep sigh and remain content with reading travelogue, viewing CDs of exotic places or hearing anecdotes of others.

In this context I may like to add how undertaking tours, invariably I come across a typical set of "tourists" with the number of this tribe in a continuous increase.

Bus journey from Visakapatnam to Araku Valley -- one of the most enchanting in non-Himalayan India. As the bus starts ascending the mountain range, it is abundance of beauty all around. Lush green vegetation, water falls,  cute tribal huts, colourful unknown flowers blooming naturally around a rock and then the descent of the bus to wide Araku Valley featuring deep red soil and far off ranges resembling a picture post card! While I and hardly few others remained at awe throughout the journey with eyes wide open, eyes of the rest were earnestly fixed on the Video  set churning one Bollywood film after another!

Charminar. As I was deeply savoring its architecture , rest of our group vanished into the bazaar around it without a glimpse of the Hyderabad icon!  Stepped alone into the adjoining Mecca Masjid to get the thrill of history; rest were getting thrilled through purchasing!

Buddha Point. Himalayan ranges on all sides with the Thimphu Valley down below dotted with Choertens and the meandering Wang Chhu --- it was nothing but paradise. Yet far from soaking the divine ambience, it was frantic selfies and pics around the Buddha! Posting in social media completed. Now it is time for counting "Likes" and immersing in gossips revolving Bollywood or which cars offer how much mileage!

I often wonder how lucky these folks are! Just because they are endowed with lot of money as well as time to spare with favourable conditions all around; they just rush out at the drop of a hat ! And what are their goals :-- shopping, fooding, Bollywood viewing in Bus video set, visiting casino or gossiping! Just no need to appreciate the lofty Himalayas, feel the vastness of the Brahmaputra or caring to look at the UNESCO heritage site of Durbar Square in Kathmandu! In contrast innumerable real connoisseurs of tourism are just languishing at home due to financial medical personal constraints!

Ending with a hilarious experience! While on the journey to Tawang from Dirang, first stop was at Baisakhi cantonment where the shop was selling all kinds of products at a much cheaper rate than market. Perhaps all purchased blankets to garments to perfumes to liquor as much as possible! Next stop was at majestic Sela Pass at 13000 plus feet . A large lake down below surrounded by lofty peaks all around. One of the most beautiful spots I have witnessed in life.

During our return journey from Tawang, I was praying that vehicles again stop at Sela for a final look at the heavenly place. Now two ladies of early Fifties were praying for no stoppage at Sela because "We are dead tired. This coldness of Arunachal is too intolerable. We should try to reach the warmth of our Dirang Hotel as early as possible"! Due to foggy conditions, vehicles didn't stop there and both ladies heaved a sigh of relief! But the vehicles did stop at Baisakhi Cantonment! And promptly  those two very ladies just jumped out from the vehicle and started running towards the shop for another round of purchase! Where have  the "intolerable coldness" "tiredness" and "longing for hotel warmth" gone! Vanished into thin air of Arunachal!