The forum warns of taking legal help against the state government failing to respond to the appeal., 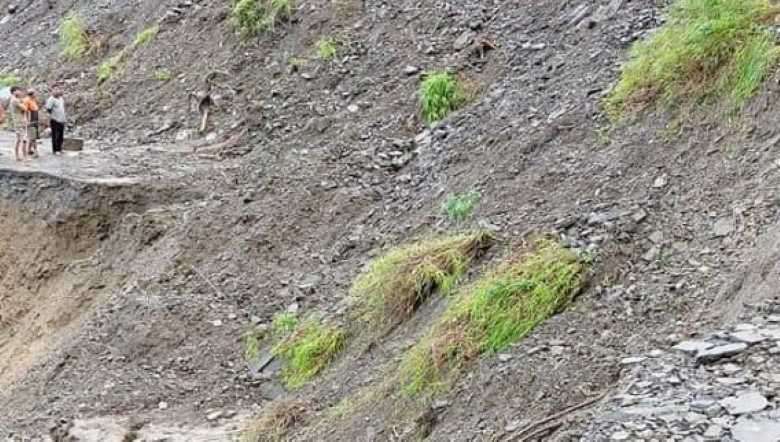 All Tribal Rights Protection Forum Manipur has once again appealed to the state government and the concerned authorities, more particularly the National Highways and Infrastructure Development Corporation(NHIDCL) to translate the assurance given to landslide affected households of Longmai Noney areas, Noney district into action without any further delay.

The Forum also urged the concerned authority and the state government to pay compensations for the damages and arrange alternative livelihood and rehabilitation for the villagers. The forum also warns of taking legal help against the state government, NHIDCL and the concerned authorities if the compensation is not paid and alternative arrangements are not made at the earliest.

A release by general secretary of the ATRPFM, James Haokip stated that Geological Survey of India has directed the affected residents to vacate the houses after cracks at the areas became wider. But the state government has not arranged any alternative rehabilitation facilities and there are no intimations pertaining to payment of compensation for the affected householder.

The release also stated that a committee was constituted to analyse the cause of landslide of Longmai Noney areas along NH-37 by way of technical examination analysis and other measures and also to suggest/ recommend future course of action and remedial measures.

Further a team of officials from various departments led by AK Ranjitkumar Singh had inspected the said areas in response to the press statement issued by ATRPFM and CSOs of Longmai Noney areas and the inspection report was published in the local dailies on 27 July.

As such the concerned authority have full knowledge of the situation in the affected areas, specifically for Longmai 3 village where about 30 houses including a church are about to be washed away along with their standing crops, paddy fields by the landslides.

However, no positive steps have been taken by the concerned authorities till date which is a gross negligence of the part of the state government and the NHIDCL.

The buildings have been damaged at the cost of lakhs of rupees and the root cause of the landslide is due to construction of road NH-37 by the NHIDCL and non maintenance of the said road with proper care and precaution.

The residents of Longmai 3 and adjoining areas are poor people and it takes years to constrict a house and also to form their livelihood. At present, all efforts to construct pucca building or a shelter houses and to build up their livelihood have been shattered without any fault of them said the release.

However, the state government and the authorities concerned are still neglecting the affected resident of the areas, the release added