How influx of migrant workers drives locals jobless in Manipur

Despite COVID scare and ILPS implementation in Manipur, influx of non-locals from mainland India continue unabated. 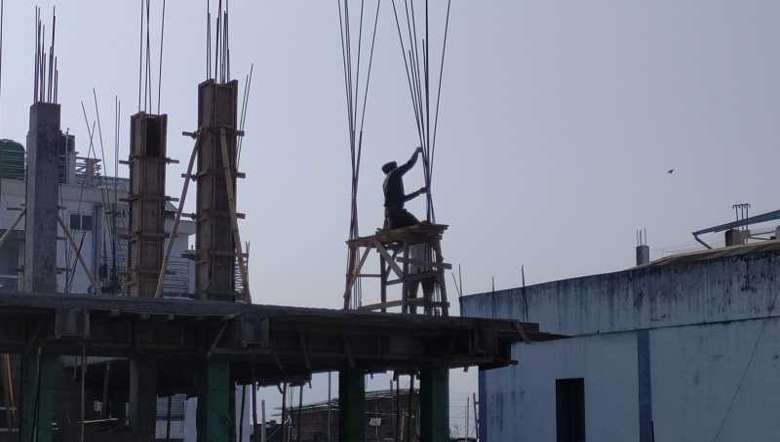 At least 50,000 natives of Manipur state have returned from various parts of the country to their home state in the wake of COVID-19 pandemic. A large chunk of these home returnees are said to have been working in unorganised and semi-organised sectors in different parts of the country.  They are not migrant labourers working in factories/industries or in the agriculture sector. They earn wages relatively better than the migrant workers whose exodus from cities to their native states too has been witnessed in the wake of the countrywide lockdown. Once thrown out of job, the working force have no option but to return to their home.

Unemployment rate in India and elsewhere is already a big problem. Manipur is no exception. Insurgency in the state is already linked to unemployment problem. Manipur has got a name as home to a large number of armed militant groups. The irony with Manipur is that despite COVID scare and implementation of the Inner Line Permit System (ILPS) in the state the influx of non-locals from mainland India continue to be unabated thereby indirectly depriving the natives (locals) of employment opportunities in the process and draining the state’s money unnoticed.

The bulk of Manipur home returnees are from the age group between 20 and 40. Those in government service or working in organised sectors could work from home and so they never formed a part of the train loads home returnee group. Most of these returnees are in their prime youth and would fit in most of the physical strength demanding employment and earning sectors such as construction works requiring skilled, semi-skilled and unskilled labour. In cities these home returnees are said to be employed in less physical strength requirement jobs like private security guards, staff jobs in hotel, restaurant, shopping malls and tourism sectors. Some more educated groups with knowledge of English language and computer reportedly worked in call centres of the corporate world, etc. These youths earn wages/salaries enough at least for their own sustenance and maintenance. Even some of them save part of their income to support their relatives back home or a sibling studying and staying with them in the cities.

The problem with them now is that most of them may not like to be engaged in agriculture or construction sectors after returning to their home state. The sudden change of life style from city to village/small town would certainly create imbalance. The sense of frustration with job lost must have contributed to the recent inmate unrest witnessed in several Institutional and Community Quarantine centres where home returnees are lodged for a required period.

Around 40,000 and even more non locals from mainland India are engaged in different employment avenues in Manipur at a time. They are engaged in different trades ranging from barber, cobbler and cart puller to construction workers and small time businesses. They are seen engaged in different construction activities and petty businesses even in the rural villages of the state. The non locals here stay in rented houses, work and earn. They never come here to buy land and settle permanently. They remit the money they earned from here to their families in their home states. They go home once a while to visit their families carrying with them cash they have saved over a period of time.

Since the locals are not willing to work in many types of menial jobs the non-locals cannot be blamed for coming into the state and earning in areas of work where locals are not engaged. In fact the locals should be thankful to the non locals for coming and doing things they (locals) don’t have the skill or the will to do. But it is simply inexcusable for the local youths to leave a vacuum in the blue collared jobs and crib about absence of working and earning avenues. The local unemployed youths are big potential income earners in the more “dignified” jobs like construction sector requiring unskilled, semi skilled and skilled labour. Masonry, carpentry, tiles work, plumbing work, electrical fitting, painting works, petty shop keeping, etc. are huge employment avenues and reasonably high income earning avenues in the state. The local unemployed youths including home returnees can certainly be absorbed in these areas of employment. When these employment opportunities are captured mostly by the non locals we are shouting our voice hoarse for ILPS.

Skills and semi skills can be acquired over a short period of time. It is just our wrong mentality and absence sense of dignity of labour that prevents us from taking up trades which can provide a decent living.

The introduction of ILPS in the state from first January 2020 was a long cherished dream fulfilled for Manipur. Its main objective is to deny unhindered and unregulated entry of non locals from mainland India into the state so that they don’t deprive the natives of their land, employment opportunities and income.

The state government had collected a sum of Rs. 100,00,000 (one crore) revenue from seven ILPS check gates in a span of one and a half months starting from the first date of ILPS implementation on January 1, 2020. This is reasonably a big revenue amount. Around 33,500 ILPS passes were issued during this period.

The ILPS revenue collection rate would of course fluctuate as fresh pass costs more and renewal rate less. The fresh passes were issued not only from border gates but also in various valley district concerned offices to those who were already here.
But then revenue consideration is never the reason for ILPS demand for years. Its primary objective as stated earlier is to prevent smarming of non locals in the state which could eventually create socio-eco-politico-cultural and demographic imbalance.

If over 30,000 ILPS passes could be issued in less than two months then the number of non locals present in the state could well just be imagined. Non locals continue to pour in even during this COVID lockdown has irked valley based pressure groups including the JCILPS. The continued incoming of non locals is possible as construction related works are exempted from the lockdown.

Manipur is considered a good earning destination by non locals from mainland India. The presence of a large number of non local work force never make labour cheap either. In fact these migrant workers are exploiting the locals for their (locals) laziness and unwillingness to do certain type of works.

Through an interview conducted, it is gathered that a non local ‘head mistry’ in masonry and plumbing works here earns handsome income as a local government contractor. The ‘head mistry’ identifies a contract work in construction field and through a phone call brings in the number of required skilled and unskilled workers from outside the state. He arranges rental rooms for his employees, procures provisions for them and guides them in their work sites without himself doing any physical work.

The profit he earns in private construction contracts is to the tune of several lakhs of rupees per month.  In plumbing works, a head mistry contractor on an average earns a profit margin of Rs, 4000/- to 5000/- in a three to four hours work where he would take two to three labourers for a small repairing work after paying them (labourers) around Rs, 600/- to 700/- wage each for the less than half a day’s repair work.  An electrician charges Rs. 2000/-to 3000/-for a day’s work. Are these people having enough work/contract all the time?  Yes. They are never free even for a single day and always have plenty of works in line.

A non local running a small pan shop or a grocery shop in a locality here too earns profits enough to run his family by remitting cash to his relatives at home. These are just a few examples cited to enlighten/remind the drainage of the state’s money to other states. ILPS regulations and entry fees do not make any difference to these non locals. Whatever expenditures they incurred on ILPS is recovered through increased wages and profit margin anyway.

Insurgency or armed militancy in the state is linked with unemployment problem. This can be true if white collar jobs or government service alone is considered as an employment. Interestingly the number of unemployed people registered with the employment exchange at a given time always stands around forty thousand to fifty thousand. The total number of underground cadres in the entire state would be less than ten thousand anyway. Even if 50 percent of the state’s blue collar job sector is occupied by the by the local potential work force then the number of underground cadres and militancy would dwindle to a great extent. The state government at any point of time would never be able to provide government jobs to all those qualified individuals or seeking government jobs.

The state government have started to encourage entrepreneurships through start-ups, vocational training, skill development and other self employment schemes to absorb unemployed youths into income generating fields. Liberal soft loans and one time financial assistance largesse schemes are advanced to the genuine needy individuals. These are of course meant for the educated unemployed. But then for the uneducated too loans and grants for purchase of passenger vehicles, etc are provided to the needy and deserving. Poultry, piggery, fishery, horticulture, farming, etc are several other employment and income earning areas for both the educated and uneducated alike.

The lure and craze for easy and fast money has spoiled the present generation. The youth must focus on changing their mindset with regard to work. Ironically those youths who have returned home this time are the ones who have actually gone to different parts of the country in search of work only. Now that they cannot work and earn outside the state they must think in terms of finding and engaging themselves in suitable jobs most of which have been grabbed by the non-locals leading to exploitation of the state natives and drainage of the state’s money.

There is nothing which cannot be learnt and done. It is heartening that quite a number of locals have taken to tiles work which hitherto was considered non-locals’ exclusive expertise area. Plumbing is an area which the locals have not tried to pick up so far. This is equally a lucrative work area exclusively dominated by the non locals. Once the non locals are replaced or deprived of their working and earning opportunities they would slowly and steadily leave the land and their continued influx would cease. Then only the fruit of ILPS would be seen and enjoyed.

(The views expressed are perspnal) 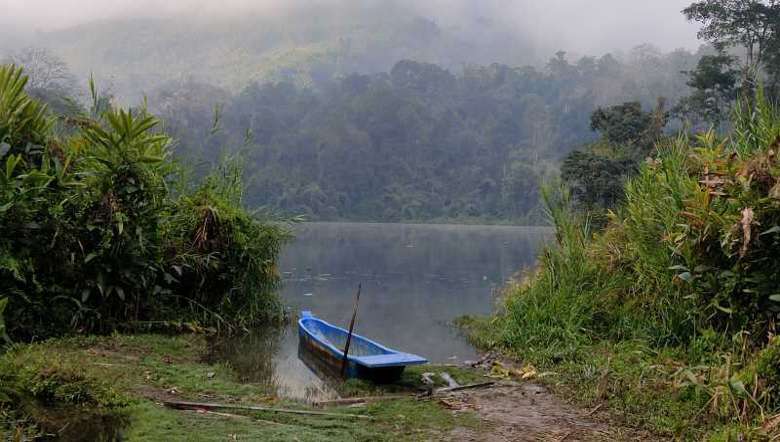