The cumulative number of COVID-19 positive cases in the state rose to 2,756 while the total number of active and discharged cases are 1,051 and 1,699 respectively. 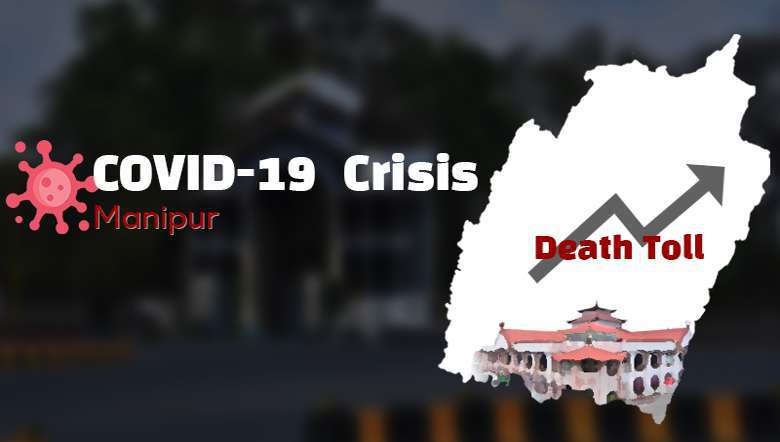 COVID-19 fatality and positive cases without travel history continue to surge at an alarming rate in Manipur though the health department is reluctant to update the transmission status of Coronavirus in the state.

The state COVID-19 tally climbed to six on Saturday with another patient succumbing to the illness at a private CMC Hospital, Koirengei.

The health department also said that another 80 personnel of the central paramilitary forces tested positive in the last 24 hours. The development comes a day after the report of 80 security personnel tested positive for COVID-19. In addition, another 55 civilians were also tested positive, the department added. With this, the total number of COVID-19 positive cases in the state climbed to 2756 cases of which 1051 active cases and 1699 recovered  cases.

With the continued surged in positive cases particularly without significant travel history and consistent report of death, hectic preparation is underway to set up 1000 bedded Covid Care Center (CCC) at the Trade and Expo Centre, Imphal West district.

The Centre, which will initially had 300 beds, is almost ready for inauguration, and the chief minister expressed satisfaction on seeing the work progress. However, he instructed the concerned officials to upgrade it to a 1000-bedded Centre as it has enough space for extension. Initially, the centre will have four blocks.

The CM also enquired the officials about electrification and power connections as well. Later, the chief minister directed the officials to keep the centre ready for admission of COVID patients by tomorrow. As such, it is likely that the Centre would start functioning within a couple of days.

High ranking officials of the state government including Dr. Rajesh Kumar, who has been given the charge of the chief secretary, also accompanied the chief minister during the inspection.

Although the deceased person’s address is mentioned as Thorcham village, Chakpikarong, Chandel district in his aadhaar card, he has been residing at Pureiromba Leikai, Nongpok Ingkhol, Imphal East as a permanent resident for the past 10 years, said a release issued by general secretary, Waikhom Priyokumar Singh.

Alerting that there could be some suspected cases of COVID-19 in the neighbourhood of the deceased at Pureiromba Leikai, PYC has appealed to the authority concerned to take immediate action to stop further spread of the virus at the locality,