The total number of positive cases in the state stands at 2,621 of which 931 are active cases and 1,689 recovered cases. 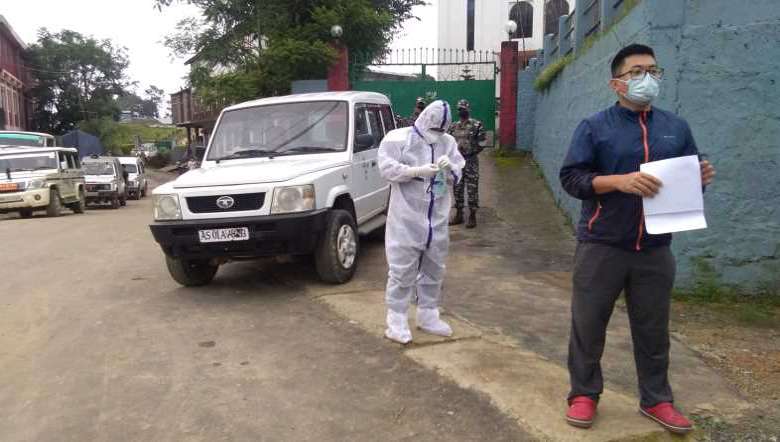 As many as 80 security personnel were among the 116 new patients tested positive for COVID-19 on Friday, the health department said.

Of the total 80 positive cases, 59 are from Churachandpur district, one from Imphal East, Imphal West 12, Kakching 24, Thoubal 15, Tamenglong two, one each from Tengnoupal, Senapati and Kangpokpi.

While the statement from the health department did not specify the unit or battalions the security personnel belonged to, speculation is rife that the cases could have been detected in 1st Manipur Rifles battalion.

Reliable sources said health officials Friday conducted a large number of tests at the family line of the 1st MR battalion situated near Old Lambulane Imphal. Many who underwent tests today reportedly tested positive, the sources add. The entire battalion was recently declared a containment zone after a handful of security personnel residing at the quarter tested positive.

It is pertinent to note that three, security escorts of ADGP, were also tested positive last Tuesday.

With this, the total number of positive cases in the state stands at 2,621 of which 931 are active cases and 1,689 recovered cases.