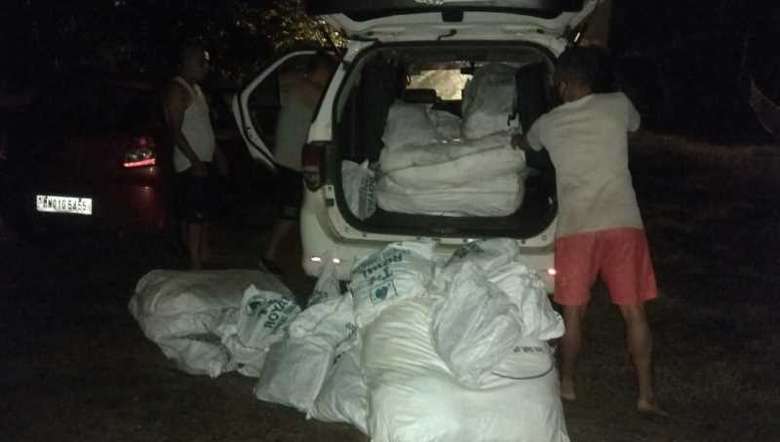 All the four accused persons allegedly involved in the tobacco haul case by a local club members and Meira Paibis of Luwangsangbam in Imphal were released on bail on Thursday by the duty magistrate.

A huge quantity of tobacco items were reportedly seized from the house of one 70-year-old Laishram Purnima Devi, wife of L Birachandra Singh of Luwangsabfbam Mamang Leikai, by the local meira paibis and club members of Luwangsangbam on July 28 morning.

When a team of Heingang police rushed to the spot, it was found that the items were disposed of by the local meira paibis and the club members.

During police interrogation, Purnima revealed that she is the owner of the said items and she is associated with her husband Waikhom Sanayaima in the business.

On further interrogation, Purnima revealed that she and her husband have plans for the storage spot at their residence and the tobacco items are owned by one Rambali Mahato, 37, son of Suraj Mahota of Masajid Road and Santosh Gupta, 25, son of Siyaram Shah of Batoliya, Chitambaru, Bihar currently residing at Thangal bazar, Imphal.

In connection with the seizure, all the four accused persons were arrested by the Heingang police on the same day, and a case registered under FIR No 46(07) 2020 Heingang police station under section 188/269/270/34 of the IPC.