Unfortunate Coronavirus-related incidents should not be repeated: Minister Radheshyam 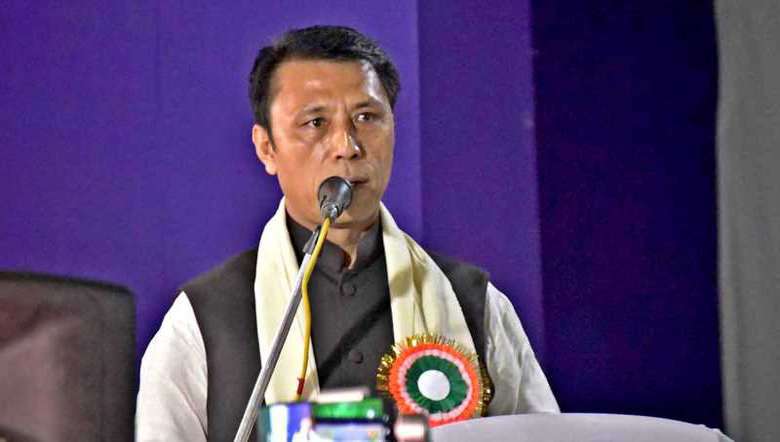 Minister of Education, Labour and Employment, Thokchom Radheshyam, who is also district in-charge of Thoubal and Kakching, appreciated the dedication and efforts of the district administration team and sought for feasible suggestions and opinions to contain the rise in the cases in a better way.

He also suggested engaging local religious leaders/local popular leaders to give a message on social distancing, wearing face masks in public and personal hygiene among others to effectively create awareness among the local public.

Briefing the media, Radheshyam said that it is unfortunate that there have been newspaper reports regarding restrictions of the movement of people and patients of Thoubal district, and discriminating them because of the rise in the number of COVID positive cases in the district. He said that a letter has been written to the minister of Health of the state, highlighting the unfortunate incident. He said that such incidents should not be repeated not only to the people of Thoubal district, but also to the people from other parts of the state.

He also appealed the people to support and encourage the frontline workers, especially the health workers who are working hard to safeguard the people and not to dishearten them for carrying out their duty at this unprecedented time. He further gave suggestions for the use of readily available disinfectants like bleaching powder or phenyl at containment zones in order to meet the requirement of the hour.