With the highest of them measuring approximately 70 to 80 meter, S Nabil Toljang waterfalls are located in a thick and lush green forest in Churachandpur. 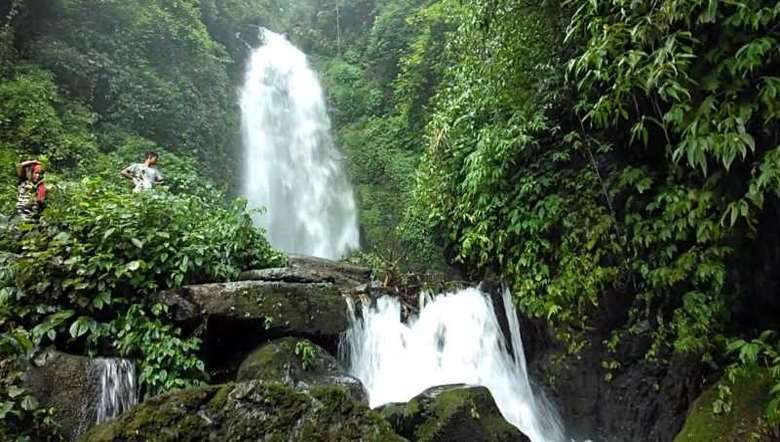 Three picturesque waterfalls located at S Nabil village under Kangvai sub-division in Churachandpur district of Manipur called 'S Nabil Toljang Waterfalls', which were not known to outsiders until recently, will be developed into a tourist destination by the village authority.

While accompanying a team of media persons, S Nabil village chief Nehlenlal Haokip along with the village authority members said that they plan to make the waterfalls a tourist spot. With the highest of them measuring approximately 70 to 80 meter, the waterfalls are located in a thick and lush green forest which is at a distance of about 40 km from Churachandpur in its northern border with Bishnupur district.

The village chief also said that they plan to construct a road leading to two of the waterfalls in a week’s time. He said that the land belongs to his family from his ancestors’ time, and they had named the waterfalls as ‘S Nabil Tolzang Waterfalls’. He appealed to the people not to give the waterfall any other name, saying a committee has been formed to develop the waterfall without the knowledge of the village authority.

Being the village chief, matters related to the waterfall are under his control and he is the sole authority, he claimed.

The S Nabil Toljang waterfall is located about 66 km from Manipur state capital Imphal and 19 km from NH-150 Tiddim Road, Tronglaobi (Moirang). The waterfall is a picturesque site known for its perennial waterfall at a scenic foothill of the Toljang Hills.

The place is perfect for photography, nature lovers and adventure seekers as the waterfall is situated deep within the forest. The cool water gushing from the Tuoljang hills is a fascinating place for trekking, camping and hiking.

Midway enroute to S Nabil Toljang waterfalls is the site where Indian Airlines Boeing 737 2A8 crashed on August 16, 1991 that killed 63 passengers along with six crew totalling 69 people on that fateful day.  The passengers included former Manipur deputy chief minister late Irengbam Tompok Singh and former MLA late Keisham Bira. The memorial stones set up at the site and the debris of the plane still remains there.

Although the ongoing road construction under PMGSY is underway, the road gets damaged during the rainy session.