The Defence Ministers’ Dialogue between India and the Republic of Indonesia was held in New Delhi on Monday. 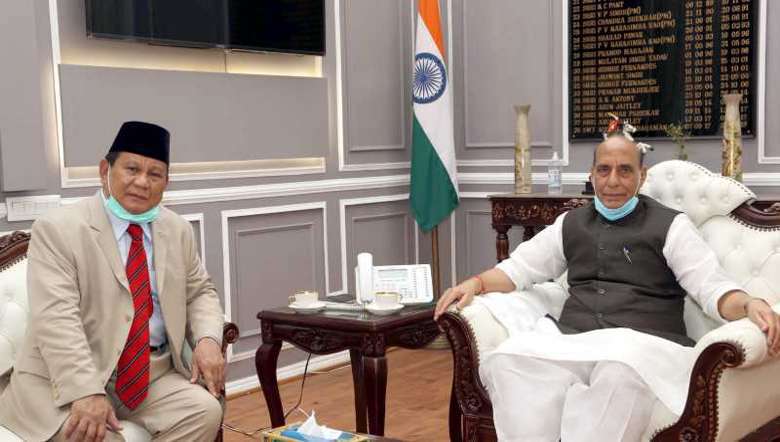 India and the Republic of Indonesia have agreed to enhance bilateral defence cooperation ties in mutually agreed areas during the two Defence Ministers’ Dialogue held in New Delhi on Monday.

The Indian delegation was headed by Raksha Mantri Rajnath Singh while the Indonesian delegation was led by its Defence Minister General Prabowo Subianto, who is on a visit to India for strengthening the ties between the two maritime neighbours.

Rajnath Singh reiterated the long history of mutually beneficial interactions between the two countries with a tradition of close political dialogue, economic and trade linkages as well as cultural and people to people interactions, the Union Defence Ministry said in a release.

Conveying satisfaction on the military to military interactions, Rajnath Singh indicated that the defence cooperation between India and Indonesia has witnessed an upswing in recent years, which is in consonance with the Comprehensive Strategic Partnership between the two sides.

General Subianto was given a ceremonial Guard of Honour on the lawns of South Block when he arrived for the Dialogue. He was personally received by Raksha Mantri Rajnath Singh at the venue. Earlier, General Subianto visited the National War Memorial and laid a wreath as a mark of respect to the fallen heroes, the Union Defence ministry, in a PIB release, added.