CAU Vice Chancellor M Premjit Singh was speaking at a webinar on the impact of the government of India’s Atmanirbhar Package on Agriculture in Imphal. 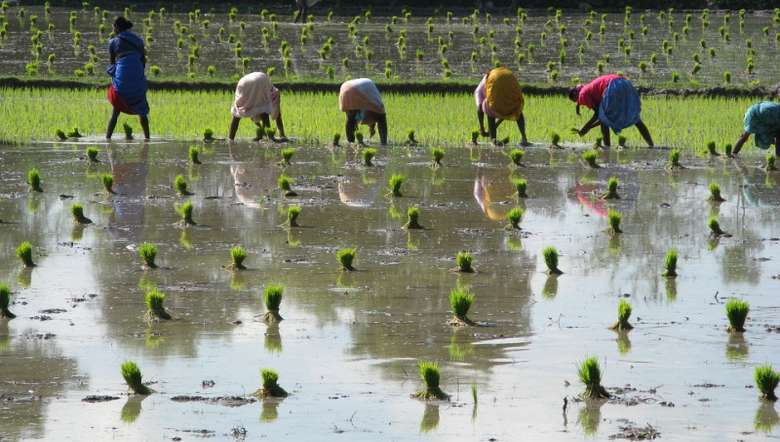 The prime minister's vision of doubling farmers’ income by 2022 can be achieved in the North Eastern states by giving location centric scientific solutions to the farmers, vice chancellor, Central Agriculture University, Imphal M Premjit Singh said at a webinar on the impact of the government of India’s Atmanirbhar Package on Agriculture hosted by Press Information Bureau and ROB Imphal on Friday.

Inaugurating the seminar, ADG, PIB and ROB Imphal S N Pradhan said that Atmanirbhar package has substantial financial allocation for agriculture sector and the number of policy initiatives taken has the potential to fully transform the lives of millions of farmers in the country, said a release issued by the PIB.

Pradhan said that it is now essential to take all the information related to these reforms to the people through the media so that the farmers and the society can completely benefit from the initiatives.

Introducing vice chancellor, Central Agriculture University, Imphal M Premjit Singh, Pradhan said that Premjit is a respected authority in the field of agriculture research who was honoured with The Young Scientist award in 1992 by DST, New Delhi for his research project “Studies on bee pollination of oilseed crops”.  Premjit has undertaken six research projects funded by external agencies.

In his keynote address, Premjit said that the vision of the Prime Minister for doubling of farmers’ income by 2022 can be achieved in the North Eastern states by giving location centric scientific solutions to the farmers.

Farmers of the region have to move towards double cropping of rice as good varieties have already been developed and demonstrated. He advocated using high technologies for multiplying incomes in horticulture, animal husbandry and fisheries. He said that the return of migrant labourers to the region due to Covid pandemic can be used as a boon “if we shift to new agriculture practices and involve people in agro processing.”

Speaking on the occasion, director, Green Biotech Eco- solutions A Sundari said that the private sector has a huge role to play in multiplying farmers’ income and government’s recent initiatives will go a long way in helping entrepreneurs to expand their business and thus help more and more farmers.

Director, PIB, Abhishek Dayal Imphal summed up the discussion saying that the central government through Atmanirbhar Package has ensured huge capital infusion to ensure that agriculture does not suffer during the economically uncertain times. Major reforms have been announced in agriculture marketing to ensure that the sector benefits from market forces and farmers can realise best price for their labour, he said.

He said that it is time that media and agriculture entrepreneurs and professionals work together to educate the people about these measures. He thanked the participants for actively participating in the webinar.

The regional offices and bureaus of PIB and BOC in Manipur, Mizoram, Nagaland and Arunachal Pradesh, mediapersons and agri-preneurs attended the webinar.