Civil society organisations in the forefront of the ILP movement were wonderstruck by the sudden announcement. Nobody believed then, that it would be served on a platter. 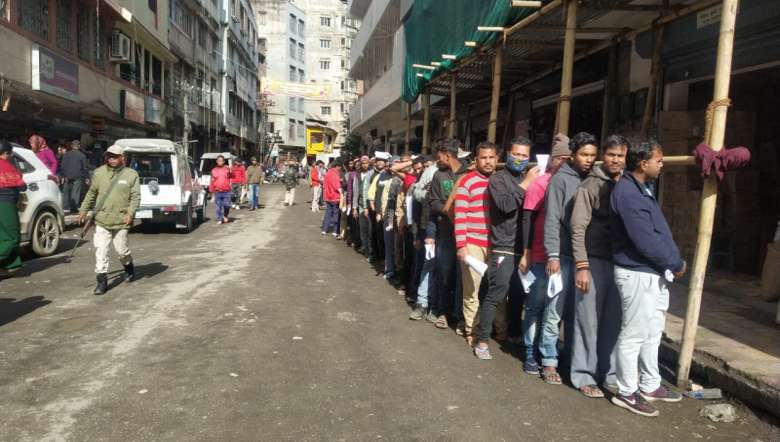 Prior to Shah’s announcement, Manipur was the only state in the North East where the Citizenship Amendment Bill, which seeks to make undocumented non-Muslim migrants from Bangladesh, Afghanistan and Pakistan eligible for citizenship, would have applied in entirety. The bill, which was tabled in the Lok Sabha was redrafted by the Centre following widespread objection by groups in the North East who feared once the Bill is passed, local populations defined as indigenous to the region will be culturally and physically swamped by migrants. After a series of consultations with these groups, the Home ministry tweaked the bill in the revised draft, the changes to India’s citizenship law will not be applicable to regions in the North East protected by the Inner Line Permit and Sixth Schedule provisions. Both regimes aim to protect the way of life of tribal communities.

The Inner Line Permit is a document that Indian citizens from other states require to enter Arunachal Pradesh, Mizoram and most of Nagaland. It is essentially a protective regime to keep small local populations shielded from the onslaught of large-scale migration. It was a very emotive issue for the Manipuris then. Sapam Robinhood, a student was martyred in the ILP movement.

Given this background and the escalation in Covid 19 positive cases in the state, we cannot help but wonder who in the state administration had flagged the issue. Well, of course, it was the state Home department who had issued the order allowing all designated offices and police stations to start issuing ILP, which was stopped on 17 March 2020 in the wake of the Covid 19 crisis. We are sure, someone must have initiated it. Is he an official or someone lurking in the government corridors representing a particular lobby. But, one thing is sure, he must have been someone quite unaffected by the Covid 19 onslaught or chaotic situation presently prevailing in the state.

Interestingly, an SOP announced after locking down the state completely for a week allows continuation of construction projects within the limits of municipal corporations and municipalities, where workers are available on site and no workers are required to be brought from outside. Strange indeed. These are indeed interesting times.