Court restrains Th Brinda, other respondents from any defamatory remark against CM

Brinda had earlier in an affidavit implicated the CM, top police officers of pressuring her in favour of Lhukhosei Zou, former ADC Chandel, who was arrested with drugs worth around Rs.28 crore in the international market. 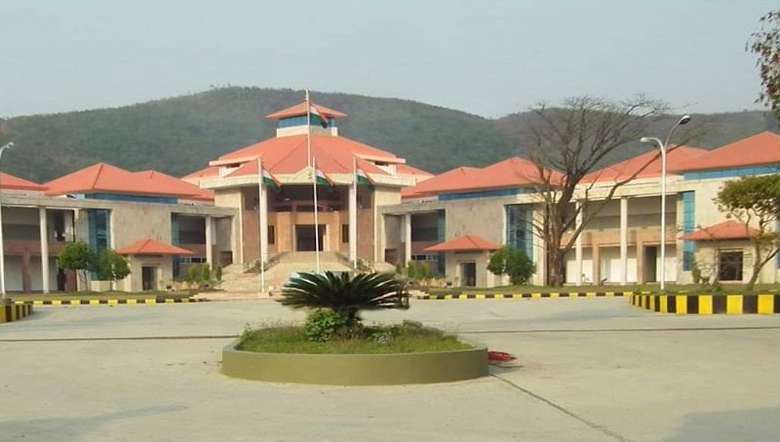 Civil Judge Senior Division, Imphal East, Y Somorjit on Wednesday issued an order restraining MPS Th Brinda from making any unsubstantiated and ex-facie defamatory statement either by way of orally, reporting and republishing the imputation or allegation, in connection to the original damage suit filed by chief minister of Manipur,.

The order was issued in response to a damage suit filed by the chief minister in the Civil Judge Senior Division, Imphal east that MPS officer Th Brinda, serving as additional SP and currently facing Criminal Contempt Case in the High Court of Manipur have made various false allegation and imputation against him while answering to the three charges framed against her.

Brinda had earlier in an affidavit implicated the CM and top police officers of mounting pressure on her in favour of Lhukhosei Zou, former ADC Chandel, who was arrested with drugs worth around Rs. 28 crore in the international market.

The Civil Judge also asked the respondents as to why the present ex-parte interim injunction order shall not be made absolute.

The counsel of the CM said that the affidavit that was submitted by Brinda on July 13 before the High Court being in defective list cannot be legally relied upon, in as much as, allegations against the CM are “lopsided, one sided and totally unverified and untested”.

Depending on the defective affidavit, the local newspaper, national newspapers, including associates, agents, websites, links, URLs, social media without verifying the correctness of the imputation made against him had been published, it was submitted.

It is mentioned that the name and reputation of the chief minister is already tarnished by the irresponsible, reckless and scurrilous comments, remarks, imputations, which damages cannot be undone or compensated in any manner.

The CM’s counsel further submitted that the prima facie case is in favour of the chief minister as Th Brinda has even admitted in a subsequent interview for Mojo Story with editor Barkha Dutt that the chief minister has never ever said anything about letting off Lhukhosei Zou to her either directly or in person.

Moreover, the counsel pointed out that media trial is something to condemn in its strongest terms as it is a threat to the basic norms of the Constitution of India and as it is a threat to the rule of law. Mobocracy has no place in a civilized society and the intents of the same needs to be nibbled in the bud. If the defendant and her supporters are allowed to publish unverified and unsubstantiated defamatory statements against the petitioner, it is most likely that the petitioner would suffer irreparable loss and injury on account of loss of reputation in front of the common people and masses, the counsel submitted.

As such, the tests of irreparable damage and balance of inconvenience are also in favour of the plaintiffs/petitioners, considering the fact that if the defendants are given free hand to do whatever they want, there is possibility of multiplicity of litigation and huge inconvenience will be caused to the plaintiff in rectifying the probable errors/illegal acts done by the defendants and their men apart from causing irreparable damage which cannot be compensated in monetary terms.

The petitioner’s counsel further submitted that a critical and urgent situation has arisen and the need to avoid further complicity has arisen as the defendants are resorting to Media Trial in respect to the matter subjudice before the High Court, Special Court (ND & PS) and Statutory Authority against settled position of law.

The court in view of the submission, stated that it is prima facie evidence that whatever allegation or imputation made by Th Brinda against the chief minister in the affidavit is merely hearsay and was not substantiated by any solid evidence and as such, the conduct of Th Brinda and others are seemingly defamatory and intended to lower the reputation of the chief minister in the eyes of common people. Under the circumstances, the court has restrained any defamatory comment or content by her.