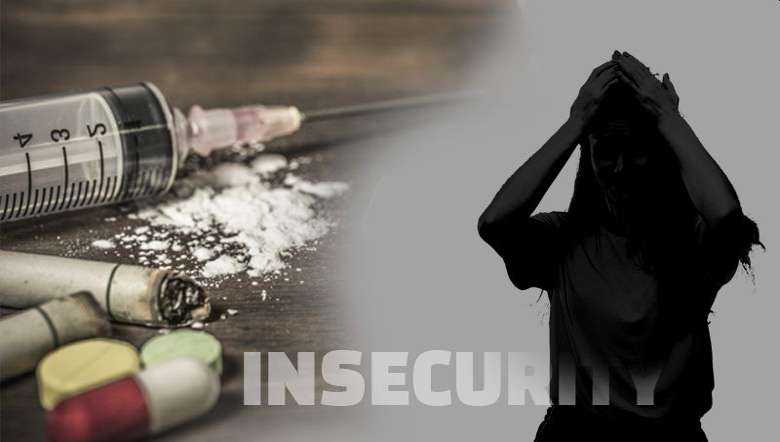 Social injustice or insecurity caused by several factors such as stigmatisation, discrimination, punishment and humiliation often worsens the case of a drug user who is already driven to addiction to all types of substance abuse by social insecurity itself among other factors. However, female drug users suffer from social insecurity more than male drug users, as told to Imphal Free Press by female victims in an interaction with them in Imphal.

Saying she experienced various forms of suffering starting from social stigma to health consequences, Thoibi revealed: “My local community leaders used to produce me in a local club as a punishment for using drugs. But such humiliation can drive a depressed drug user to commit suicide”.

Shamed and humiliated, Thoibi asked, “Isn’t there any other option for them other than producing me in front of a large number of people?”

Traumatised by the separation of her parents, Thoibi turned to drugs at the age of 17. During the four years of indulging in drugs, she used various forms of drugs she said, adding that many youth become prey to drugs as they are easily available.

Now, having given up drugs, Thoibi said, “Threatening, forceful admission in de-addiction centres by picking them up from anywhere, producing in front of their local club as a form of punishment, stigmatisation and discrimination are no solutions”.

Emphasizing that drug users can be corrected with proper strategies and right approach, Thoibi appealed to people of the state to stop threatening approach and humiliation of drug abusers and their forceful admission in rehabilitation centres.

Chanu (name changed), another woman who used to take drugs before, said that she started using drugs after she got married to a drug addict. She said her in-laws blamed her for the state of their son although she has stopped using substance and recovered from addiction

“I have completely stop using drugs almost two years ago, but my husband’s family do not trust me and has disowned me... though I have come out of the worst phase of my life, I am unable to face the society for fear of stigma and discrimination,” she said, adding that stigmatisation has led to her separation from her two kids.

Chanu said as the ‘Manipur State Policy on Substance Use 2019’ is set to be implemented, the state government should not sideline female drug users while implementing it.

Chanu also said that there is a treatment gap. Many female drug users fail to access drug treatment facilities provided by the authority concerned, she said. To fill the treatment gap, there is a need for female-oriented policy and programmes, she added.

Another female drug victim, who is staying at one of the rehabilitation for females, Jina (name changed) said that peer pressure pushed her to using drugs and it was during when she failed her class X examination.

“Most of the time I stay alone at home as my parents were always engaged in business activity. At the time when I failed the class-X exam, I had plenty of free time and free space as nobody was at home. Taking the opportunity, I started consuming drugs with my friends at home for two years,” 21-year-old Jina shared.

Jina said she was troubled by the humiliation and discrimination faced by her parents just because of her addiction. This made her quit substance abuse. She also said that as per her understanding based on her experience, the number of female drug users is increasing. The rehabilitation centre, where she is staying, is always out of bed.

Manipur, sharing border with Myanmar, the world’s second largest illicit opium producing country according to the United Nation Office on Drugs and Crimes (UNODC), has been witnessing an increasing number of local young males and females using various forms of drugs. As per UNODC 2015 report, Manipur was recorded as one of the states with the highest number of female drug abusers in India.

There is a need for the state government to give more focus on promoting the welfare of women in the state. It may be noted that women belonging to the state are performing well in several areas. According to the census 2011, the state’s female literacy rate had grown 79.85 per cent which is above the national average of 74.04 per cent.

As per the National Sample Survey Office, under the Ministry of Statistics and Programme Implementation 2015-2016, Manipuri women in the workforce contribute 46.4 per cent while the national average stands at 25.8 per cent.