IFP Impact: Recently, the Imphal Free Press had highlighted the condition of highly polluted Nambul River and the urgent need to save the river from dying. 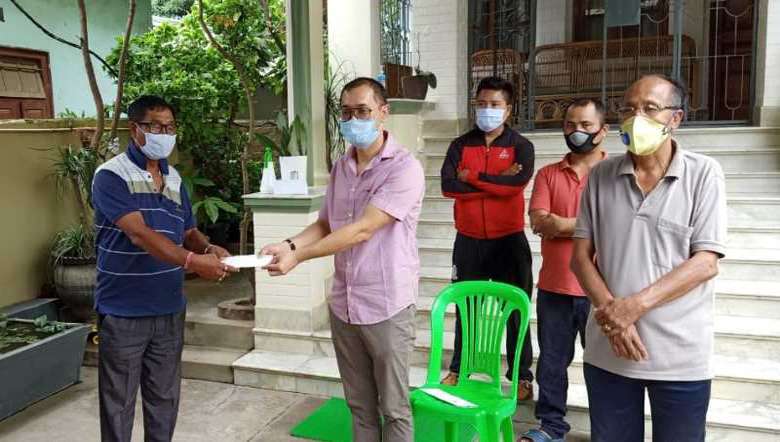 Construction work for the protection and preservation of Nambul River will be launched soon under the state government’s guidance through the Directorate of Environment, Manipur MLA RK Imo Singh said in Imphal on Tuesday.

To preserve and protect Nambul River, various steps are being undertaken by the Directorate of Environment, the MLA from Sagolband assembly constituency, Imphal, said.

Necessary steps will be taken in safeguarding the river under the initiative of the directorate, and the developmental works will be carried out by the Sagolband Constituency Progressive Committee, Imo said.

Crematoriums near the Nambul river bank to be repaired

As a part of Nambul River preservation, the repairing work of many crematoriums which are constructed near the river bank will begin at the earliest, the MLA said, adding, the crematoriums listed for repair are the crematoriums for locality of Amudon, Bijoy Govinda, Moirang Leirak, Meino Leirak, Wahengbam leikai, Kangabam leikai and Thokchom leikai.

Public bathroom to be constructed near the crematorium sites

A public bathroom will also be constructed near the crematorium sites, Imo said, adding that an advance amount of Rs 50,000 was handed to committees of Bijoy Govinda and Amudon on Tuesday for the said work.

The fund for other localities will also be sanctioned shortly so that the construction can be completed at the earliest, he added.

In order to beautify the river area and maintain cleanliness, the committee is also planning to plant flowers along the national highways. This will help in preventing the people from throwing garbage on the roadside especially towards the river bank, the MLA said.

Development works regarding black topping of roads, drainage works, constructions of community halls, clubs and other works are halted due to coronavirus spread and consequent lockdown, Imo said.

The standard operating procedure for COVID-19 containment does not allow taking up any developmental works in the Imphal City as of now, he added.

However, all such pending works including the black topping will be taken up the moment restrictions are lifted, he assured.  He also stated that the construction or black topping of the National Highway from Sagolband to Tera will also start soon depending on the conditions of the pandemic.

Recently, the Imphal Free Press had highlighted the condition of highly polluted Nambul River and the urgent need to save the river from dying.Can Manipur save its dying Nambul River?

ALSO READ - 3. They died so that our land may heal