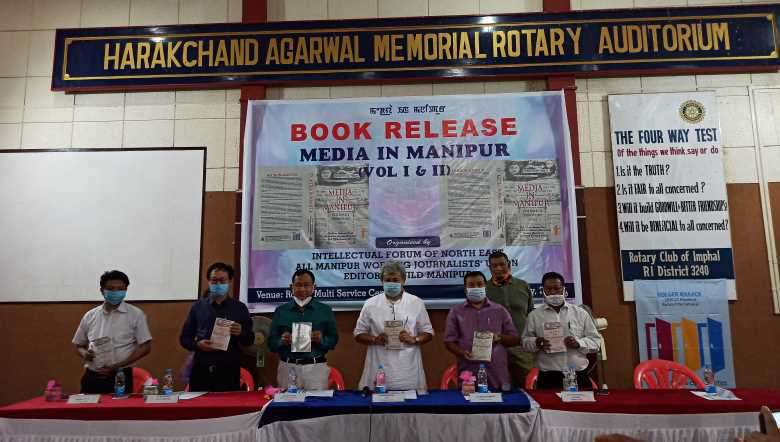 A book Media in Manipur dedicated to Maharajakumar Priyabrata (volume I) and Khelen Thokchom (volume II) was released at Rotary Multi Service Centre, Mantripukhri on Tuesday.

RK Ranjan expressed his appreciation for publishing the book, stating that it will be very helpful in encouraging learners and giving institutional support. The cover of the book that reflects the first daily newspaper of Northeast India ‘Dainik Manipur Patrika’ which started publishing in the year 1929 deserves due appreciation, he said.

The book is all the more important because of its dedication to Maharajakumar Priyabrata and senior journalist late Khelen Thokchom, it added.