Of the 17 AR personnel, eight were staying at a quarantine center inside the camp. 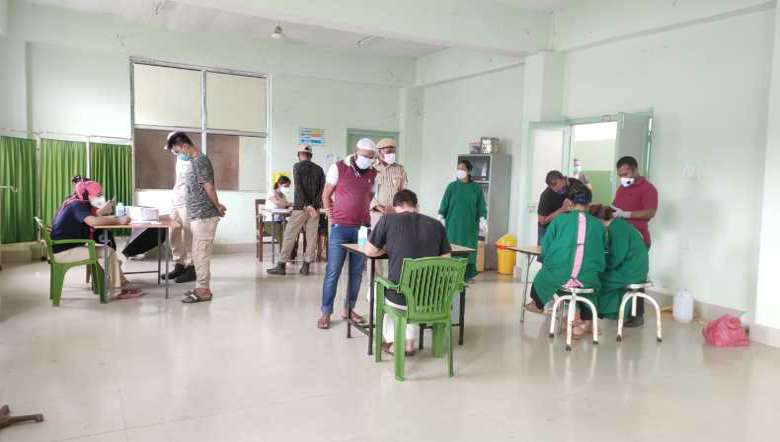 As many as 17 Assam Rifles personnel of 37th Assam Rifles, Kadamtala, Jiribam district were among the 90 new COVID-19 positive cases on Tuesday, official sources said.

Of the 17 personnel, eight were staying at a quarantine center inside the camp.

There was also a report that an AR personnel died due to COVID-19. But according to CMO, Jiribam district, he has no official report from district health authorities.

“I also heard the rumour that one AR personnel has died due to COVID but no official claim has been made yet,” said the medical officer.

The medical team tried to confirm the said rumour over the phone but the officials cannot get the confirmation, he added.

Necessary help from the policewill be taken to take appropriate action against those who fail to comply, he added.

The CMO further said that the 133 AR personnel were tested without sending the list in advance.

As per reliable sources, the said AR personnel who reportedly died due to COVID-19 is not from 37th AR but from an Assam Rifle camp located near Silchar, Assam.