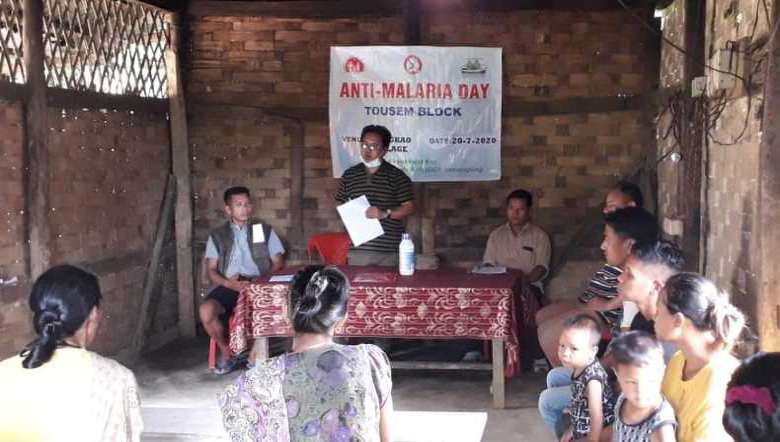 As a part of the anti-malaria month, the Anti-Malaria Day observation was held at three villages during a three-day tour to malaria prone areas in Tamenglong district where awareness programmes were conducted as well.

Speaking to the media, district malaria officer Tamenglong Dr Kamei said that Anti-Malaria Day observation at village levels will continue till November under Tousem block and other blocks of Tamenglong district.

He said that it is Malaria transmission season; however, no malaria cases were detected during their tour to the prone areas this time. Malaria prone areas are those villages lying near Barak River bank and Makru river bank, he added.