The missionaries and evangelists of the Kuki Baptist Convention (KBC) and the Convention Mission Board (CMB) under the aegis of Mission and Evangelism, KBC India planted tree saplings and held whole night prayer at Elijah Prayer Mountain, Gothol village in Churachandpur. 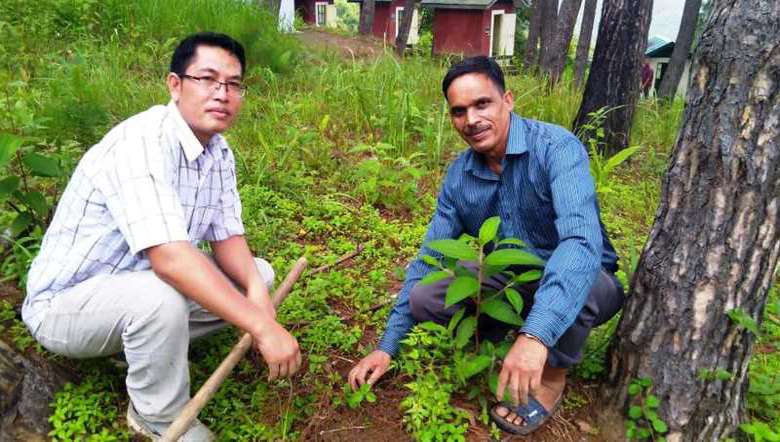 Around 1,000 tree saplings were planted at Elijah Prayer Mountain in Churachandpur district of Manipur by Christian missionaries, evangelists and church members who embarked on a tree plantation drive and whole night prayer on Tuesday.

The missionaries and evangelists of the Kuki Baptist Convention (KBC) and the Convention Mission Board (CMB) under the aegis of Mission and Evangelism, KBC India planted the tree saplings at Elijah Prayer Mountain, Gothol village in Churachandpur. The tree plantation is followed by whole night prayer.

Speaking on the sideline of the event, Rev Lamkeng Lhouvum, secretary, Mission and Evangelism, KBC, expressed sincere gratitude to Dr DD Haokip, Esther Kom and Chinpilhing Kipgen for donating the saplings and to all missionaries and evangelists, including members of Mission Board for their enthusiastic participation in the event.

Rev Lamkeng Lhouvum said that God is the creator and owner of the earth and Christians have been directed by many scriptures to care for the natural creation as God’s stewards. It was aimed at promoting environmental sustainability which is one of the main concerns of the world, he said.

“We are tenants here on earth, called to care for the creation on behalf of future generations and all species as the Bible calls us to ‘till and keep the garden’ and names human beings as the trustees of creation,” he said, adding that “God created all the earth and all of us and we are called by our devotion to God and our love for God’s works to protect it”.

The Reverend further said that trees are an important part of our quality of life – environmentally, culturally and economically and our help and the communities that will be involved will leave a legacy of trees, an appreciation of the value of green-cover, and strong community partnerships for future generations.

While urging the Christian community particularly the Christian youth to be more conscious of the environment, which he said was a “common home for all,” Lhouvum said that “the earth is a mother to us and every child worth the name takes care of his or her mother in appreciation of the care he or she has received from the mother”.