Border pillars are time and again checked by both officials of the country and the state, but till date, there could be no stable lines drawn for the Indo-Myanmar border 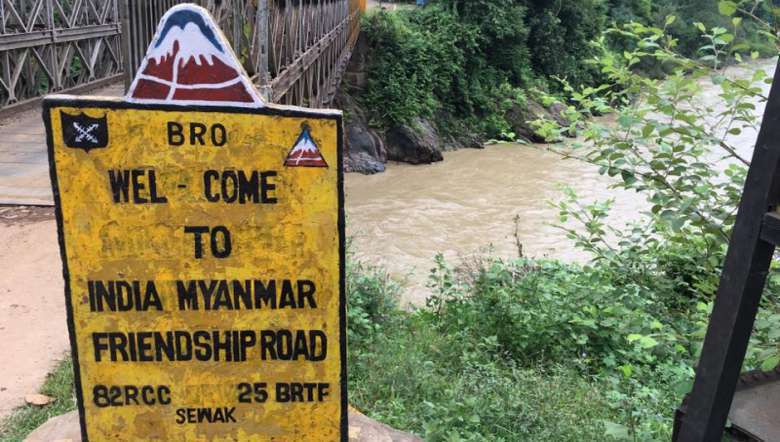 India shares a long range of borders in the Northeastern states with its close friend Myanmar called Indo-Myanmar border. This border line runs along the NE states of Arunachal Pradesh, Nagaland, Manipur and Mizoram. The length of this shared border lines according to some reports is said to be a little more than 1,600 km, an extremely porous border which gives way to various illegal cross border activities. To make matters worse, it is said, only around 10 km border walls have been constructed so far, so smuggling along Manipur's Moreh border continues to thrive despite the many arrests of smugglers in the state by the security forces.

The Indo-Myanmar border is a strategic zone, both for the government and illegal activities which is taking place nearly on a daily basis. Varied activities from movement of militants to smuggling of illegal arms and drugs continue due to the porous border.

Following an agreement signed between the nations - there is free movement from both sides in a radius of a few km (16 km) across both borders. This helps in the free movement of locals residing along the areas.

Among the many illegal activities that goes on across the border on both sides, smuggling has been a long-drawn menace, especially for the Indian state, Manipur which shares the border with Myanmar, in the absence of stable border lines and the border fencing remaining incomplete.

Border pillars are time and again checked by both officials of the country and the state, but till date, there could be no stable lines drawn for the Indo-Myanmar border and this is causing a deterrence to the security situation in and around the border area.

While the border remains a bilateral issue, this unsettled border line has an adverse effect on the state and the people of Manipur, as smugglers used it for transporting smuggled goods, including arms and various kinds of contrabands. And as security has been beefed up in guarding the border areas since the past few years, different types of smugglers have been arrested. Most of them belong to the local populace.

The employment problem in the state too has driven many jobless people to find means of livelihood in smuggling of illegal goods from Myanmar. Most of the people who have been caught or arrested for indulging in smuggling do it for their livelihood, to support themselves and their poor family. These various forms of smuggling has become a regular source of livelihood for many locals.

On the Indian side, the Indo-Myanmar border which is more than 1,000 km is guarded by the Assam Rifles. The AR, on receiving tip offs, have made several arrests, and we are reading news reports of smugglers being caught along this route more often than before, as mentioned because of the already beefed up border guards. This arrests are believed to be just a tip of an iceberg.

In spite of the tightened security measures at various points of Indo-Myanmar border amid the pandemic, smuggling continues. Increased number of smugglers are arrested by the security forces. We never know how many of them escaped the watch of the security personnel along the border.

The law enforcing agencies alone cannot fight these activities. Society and family also have a major role to play in this fight against smuggling across border lines. Society, church and all stakeholders must join hands to fight smuggling in border areas, particularly along the Indo-Myanmar border.

Rampant smuggling on international border has become not only a national threat but also for the state security and the public in general. More young people are getting involved in this illegal activity. Various forms of drugs are smuggled from Myanmar to India using various routes and forms of transportation. More and more youths are already involved in this polluted business.

There seems no end to this illegal activity and the consequent problem for the government, instead it has increased over the years. The security force, who are guarding the border, alone would not be able to solve the problem of smuggling and arrest all smugglers. This burden is going to increase and will be a headache for the government in the future if urgent steps are not taken to address the issue.

Also, unless border lines and pillars are settled together by India and Myanmar, borders walls cannot be constructed in an unsettled area. Hence, the only solution to stop smuggling along the Indo-Myanmar border is - settling the border (lines) issue, constructing border walls.

In the effort to check the menace of smuggling, the state government should mount pressure on the Central government to solving the Indo-Myanmar border lines.