Hundreds of them, men and women, young and old… have long gone missing. However, families of the missing persons, speaking exclusively to Imphal Free Press on July 17, expressed the hope of the return of their loved ones one day. 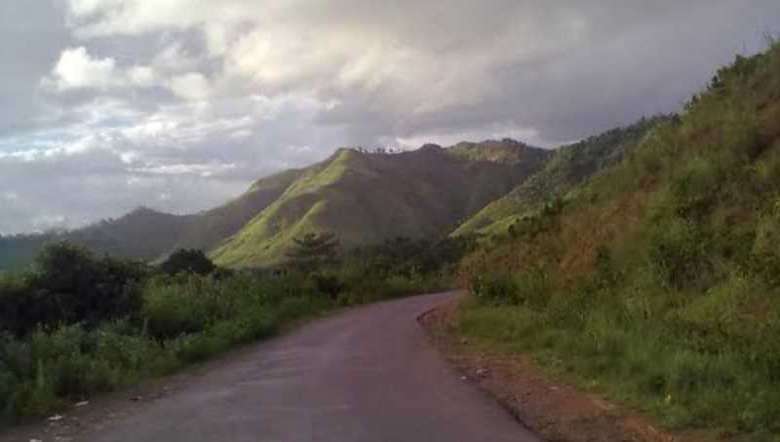 Ngariyan foothills, Imphal East, Manipur, where one 14-year-old Yumlembam Sanamacha was said to have been allegedly tortured and killed by armed forces (PHOTO: Facebook)

The scented smoke of burning incense twirls softly around the sound of prayers and offering of flowers, as the families wait prayerfully and patiently for their return year after year. But will they come back home? Hundreds of them, men and women, young and old… have long gone missing. However, families of the missing persons, speaking exclusively to Imphal Free Presson July 17, expressed the hope of the return of their loved ones one day.

Waiting for their return, since its establishment in 2000, FIDAM office bearers visit the families of the victims and conduct prayers every year in the last week of May which is the International Disappearance Day. Till today, the hope remains strong.

It was September 23, 1980, when the first "invountary disappearance" occurred in Manipur. Loken, who was working as a mason labour, was reportedly picked up by personnel of 15 Jammu and Kashmir Rifles along with two other friends, Thokchom Lokendro Singh and Kangujam Iboyaima from their locality.

However, Iboyaima was released from Army custody on September 26, 1980. But Loken and Lokendro remained in the custody of the Army. Today, their whereabouts are not known.

In the absence of support from any group, people were afraid to come up and challenge the ‘Army’s policy’ as many fake encounters were carried out using the provision of Armed Forces Special Power Act, the FIDAM president said. He claimed that most of the alleged perpetrators of the missing people cases in Manipur since 1980 are the “armed forces” of the Union.

Ranjit also pointed out that most of the victims of involuntary disappearances are from economically backward families.

In yet another shocking incident, one 14-year-old Yumlembam Sanamacha and two other boys were allegedly picked up by personnel of 17 Rajputana Rifles on February 12, 1998 from their residences without any arrest memo. The next day two others boys were handed over to the police.

Sanamacha, however, was never released. Eyewitnesses say that the boy was tortured and killed in the foothills of Ngariyan in Imphal East allegedly by the Army, but his family members waited for five long years thinking that Sanamacha would return one day, until his last rites was performed. His body remains untraceable.

On December 26, 2014, eight human skulls and other skeletal remains were found from an abandoned school complex during construction work in Imphal West. The site previously housed a government school (Tombisana High School) before it was occupied by the central paramilitary forces during the peak of insurgent activities from 1980 to 1999.

According to the Human Right Initiatives (HRI) statistics, there are 27 missing people cases and the suspected perpetrators are all armed forces.

No single person or body of the 27 missing people were found till date. Of the 27 cases, three of the missing persons were confirmed dead. Their body, however, remained untraceable till date.

Two of the missing persons who were confirmed dead, G Jiteshwar alias Gypsy, who was a cadre of the outlaw group PLA and Thangjam Satish who was a student of St Dominic College was reported killed by 3- Corps Intelligent and Surveillance Unit (CISU) as per the affidavit submitted to the Manipur High Court by lieutenant colonel Dharamvir on July 20, 2018.

Dharamvir was serving as a Commanding Officer at 3 CISU, M Sector, Imphal. He was allegedly abducted by armed jawans on July 1, 2018 from their quarter, without any arrest warrant. His whereabouts was not known.

Following a habeas corpus petition filed by Dharamvir’s wife and direction given to the general officer commanding (GOC) 3 Corps on July 5 by the court, Dharamvir was produced before the High Court on July 11. The affidavit of killing Gypsy and Satish by 3 Corps was submitted to the court during the trial of the case.

Human Rights Alert (HRA) executive director Babloo Loitongbam, speaking exclusively to Imphal Free Press on the missing cases in the state, said, “In Manipur most the phenomena of enforced or involuntary disappearance is not voluntary missing, this a very hideous crime and a gross violation of human rights”.

Many family members of the victim have approached the court in the form of habeas corpus petitions and some families have got some compensation when the court recognised the activities are carried out by the state, he added.

However not a single criminal investigation has taken place as most of the alleged perpetrators belong to the armed forces of the Union and they are protected by the Armed Forces Special Power Act, 1958 against any criminal prosecution, Babloo said.

Regarding the finding of eight skulls in 2014, Babloo said HRA and FIDAM had filed a public interest litigation to the court appealing to hand over the case to the Central Bureau of Investigation (CBI).

Unfortunately the court dismissed the case stating that a case has already been filed by the City police station, said the executive director.

Asserting that till today there isn’t any finding or progress of the investigation, Babloo said, “At this point of time the victim families, supporters and civil bodies of the state need to act for delivering justice.”

The government needs to ensure thorough investigation into the finding of the skull case as he claimed himself a person who stands for human rights, Babloo added.

The then principal secretary (Home) J Suresh Babu on December 29, 2014 wrote to the CBI and Ministry of Personnel, Public Grievances and Pensions requesting the CBI to take over the investigation of the discovery of human skulls and bones.

The HRI also said that the letter written to CBI and the ministry was just to appease the agitators who were demanding for CBI enquiry during that time.

“Till today there is no progress of investigation and the so-called investigation done by CBI is just name sake,” said administrator of HRI Th Manoj Meitei.