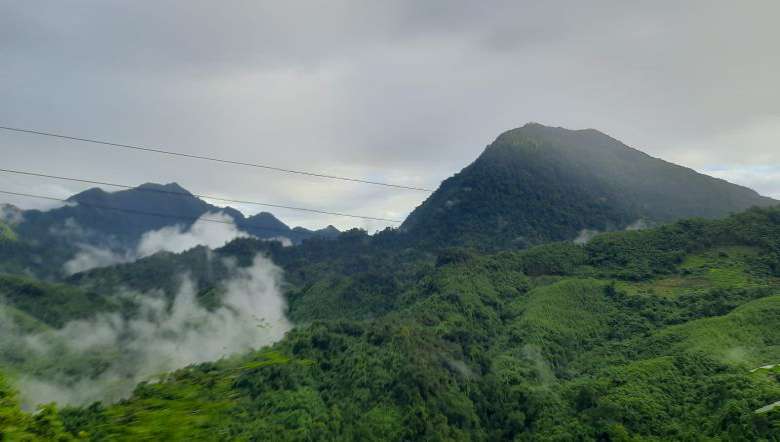 The KSO said Meghalaya has suffered environmental degradation over the years due to unregulated mining of various minerals, deforestation, etc. (Representational image: IFP)

The Khasi Students’ Union (KSU) has demanded the "immediate" withdrawal of the Draft Environment Impact Assessment (EIA) 2020 amendment notifications while questioning the hurry to finish this work in the midst of the intensifying COVID-19 pandemic.

In this regard, the KSU has written to the Union Minister for Environment, Forest and Climate Change, Prakash Javadekar, urging him to heed the concerns raised by the various groups and individuals from across the country on this issue.

The KSU joined the thousands of organizations and individuals across the country to react to the controversial draft which activists say has totally diluted even the minimal powers of the EIA 2006 to protect and nurture the country’s environment and ecological heritage in its bid to ease the business of further commercialization and exploitation of nature.

It may be mentioned here that the Delhi High Court had ordered the Union ministry to extend the time and also asked it to ensure that such an important notification with massive ramifications is translated to all the major languages and dialects so that people can read it and react to it.

In their letter to Javadekar, the KSU urged him to consider the abnormal situation in the country created by the Covid-19 pandemic and to stop thinking of taking such drastic decisions until life is normalized across the nation and until people can be consulted and participate in the discussion. This is not possible now due to the country wide lockdown.

“As the whole globe is under a health crisis due to the COVID-19 pandemic and India as well has been hit severely by it and in the midst of such a national health crisis, we are deeply concerned that this draft notification has been put out. The nation is more or less under lockdown and it is not certain as to when the long term public health, economic and social life will resume. The EIA notification is an important regulation through which the impacts of land-use change, water extraction, tree felling, pollution, waste and effluents management for industrial and infrastructure projects are to be studied and used in developmental decision making. Any changes in this law has a direct bearing on the living and working conditions of people and ecology” KSU president, Lambokstarwell Marngar and general secretary Donald V. Thabah said.

They also said that Meghalaya has suffered environmental degradation over the years due to unregulated mining of various minerals, deforestation, cement and coke factories which pollute the air and rivers and many other factors. “Some factories even function without a valid environmental clearance. Such factors have caused a long lasting effect on the environment and health of the people and over the years, the Union time and again has been highlighting these issues with the State Government seeking for its intervention,” the Union said adding that this draft will further dilute the existing Laws.

Among the many clauses of the Draft EIA 2020 flagged by the KSU is the Post-Facto grant of Environmental Clearance (EC) to projects which can start off without any EC to be cleared later with a fine. “This is derogatory to the fundamental principles of environmental jurisprudence. Such amendments have serious threats and may cause irreversible damage which will lead to environment degradation,” the KSU noted

It also pointed out that the aim to reduce the time period to 20 days for the public to submit their responses during a public hearing for any application seeking EC will pose a serious problem in areas of the State where information is not easily accessible or in areas of the State in which people are not aware of the process. As it is the present 30 day time period permitted under the EIA 2006 is less and needs to be extended.

Exemption of Large Industries (B2 category) from public consultations, increase validity for EC for mining projects to 50 years and river valley projects to 15 years are babbling and inexplicable if the aim of the Law is to protect the environment, the KSU said while reiterating the demand for the withdrawal of the draft 2020.