A post graduate student of RIMS Physiology Dept tested positive for COVID-19 in Imphal on Thursday. 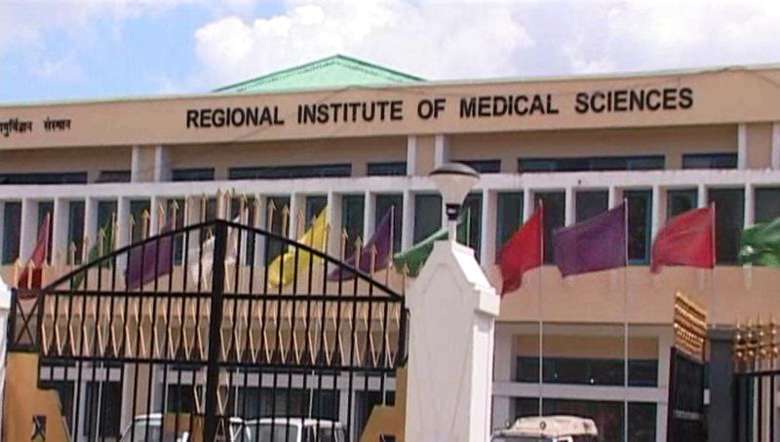 A postgraduate (PG) doctor of the Regional Institute of Medical Sciences (RIMS) Imphal is among the 36 new COVID-19 positive cases, official sources said on Friday.

The Medical Superintendent (MS) of RIMS confirmed that the PG doctor of the department of Physiology tested positive on Thursday. However, the condition of the patient is said to be stable.

The MS told the Imphal Free Pressthat the patient started showing symptoms on July 14 after which his sample was sent for testing and the result came positive.

He further revealed that the PG doctor who is in the final year came to the institute on July 7 and attended classes, seminars among other activities. On July 13, the patient took leave.

Following the development, the department of Physiotherapy and Biochemistry of RIMS have been closed down since Thursday.

The MS has issued an order, asking all the staff of the two departments to undergo tests. It is learned that the contact tracing has begun and samples of 140 staff have been collected for testing so far.

The RIMS authority said that the doctor who hailed from Lilong, Thoubal district was not assigned for any of COVID-19 related duties. The patient has been evacuated to RIMS Covid Care Centre.

The deputy commissioner of Thoubal district has issued an order, strictly prohibiting meetings and gatherings without permission from district administration.

Meanwhile, the total number of COVID-10 positive cases in the state rose to 1,800 on Friday.

Altogether, 36 persons were confirmed as new COVID-19 positive cases in the last 24 hours since Thursday, a release from COVID-19 Common Control Room stated.

Of the 36 new cases, 25 are from Ukhrul, five from Thoubal, three from Bishnupur, two from Churachandpur and one from Thoubal, it stated adding that all except four persons from Thoubal District and the student of RIMS are returnees from other states.

Meanwhile, 34 persons were discharged in the last 24 hours after they were found COVID-19 free on RT PCR test.

With these cases, the number of active cases is 637 while as many as 1,163 people have recovered so far. The recovery rate is 64.61 per cent, it added.