The Joint Committee on Inner Line Permit System has demanded the authority concerned to take necessary legitimate action and send them back to their respective states. 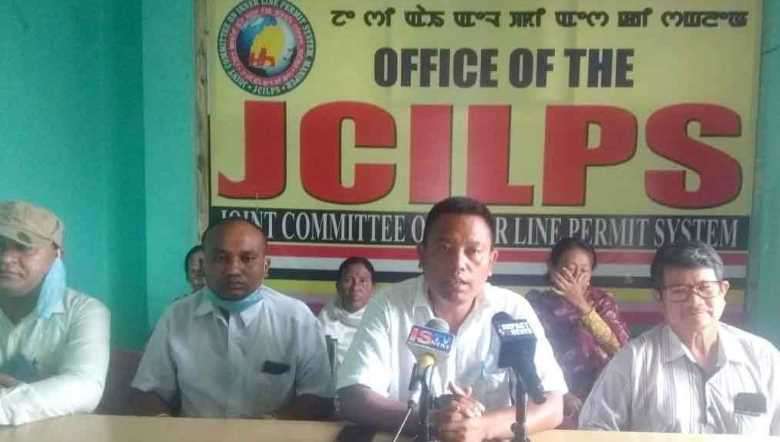 JCILPS convenor YK Dhiren speaks to the media at a press conference in Imphal on July 16, 2020

At a press conference held in Imphal on Thursday, JCILPS convenor YK Dhiren said that the state has implemented ILP system from January 1 of this year and since its implementation, the state has started issuing permits in most of entry points to non-residents who come into the state.

However, owing to the pandemic, people from outside the state are not allowed to enter the state at present. As such, the state has stopped issuing ILP, but the committee has found many non-residents entering into the state mainly through airways, he added.

He questioned on what grounds the non-locals are being allowed to enter the state.

The authority concerned should take action against those non-locals who recently entered the state illegally.

Dhiren stated that JCILPS initiated drives to check non locals who do not possess inner line permit cards. But due to the pandemic, they are unable to carry out further such drives. Nevertheless, the committee will resume its campaign if the state government fails to perform its duties, he added.

He said after launching various movements, the ILP system was passed and implemented in the state. However, the people are still not satisfied as the base year was not included.

The committee wanted to raise further demand for the inclusion of the base year, he said. However, the committee remained helpless due to COVID-19.

While appealing to the authority concerned to take necessary action in connection with the entry of non-locals, he said that it is very unfortunate to learn that ILPS was not implemented effectively within seven months of its implementation.

The state government should draw attention in this regard at the earliest, he added.