MPCC demands handing over of Lhukhosei Zou case to CBI 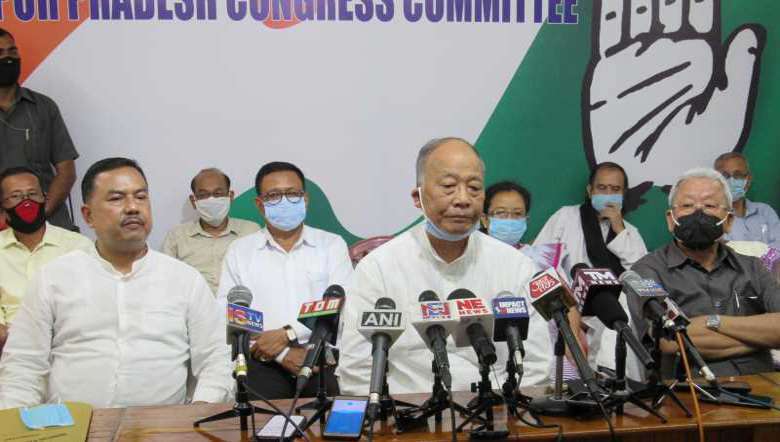 The Manipur Pradesh Congress Committee (MPCC) has demanded that Lhukhosei Zou’s case must be handed over to the Central Bureau of Investigations (CBI) while Chief Minister N Biren Singh, including others who are involved in allegedly mounting pressure on the lady police to suppress the case, must resign under moral grounds.

Congress Legislature Party (CLP) leader Okram Ibobi said at a press conference in Imphal that the chief minister has assured that no one will be spared if found involved in the case. However, the Congress demanded that the case should ust be handed over to the CBI immediately after taking a cabinet decision and the government should take the approval from the central government immediately, he said.

He said that the people are now expressing on social media that they no longer want to hear about the government’s ‘war on drugs’; the time has come to convert his words into action instead of merely proving lip services. The MPCC has already claimed that family members of high profile individuals might be involved in the said case, he added.

MPCC president Moirangthem Okendro said that based on an affidavit, the alleged drug kingpin Lhukhosei Zou was arrested on the night of June 19, 2018 and seized 4.595 kg of heroin, 2,80,200 “World is Yours” tablet, Rs 57.18 lakh in cash, another Rs 95,000 old currency notes from his official quarter at Lamphel, Imphal West.

The MPCC takes the issue seriously as the national media has labeled the state as ‘jungle raj’ due to frequent seizing of various drugs. He said in this situation, MPCC does not have trust in the state police investigating the issue. So, it should be handed over to a neutral agency (CBI) after taking a cabinet decision, he added.

Recalling the Pallel incident and airport drug case, Okendro said the then chief minister O Ibobi handed over the case to the CBI and took immediate action. The present chief minister, Biren and others starting from high profile officials to lower levels must immediately resign under moral grounds, he asserted.