A team of Porompat police along with a team of technical bomb disposal team, CID disposed of the bombs. 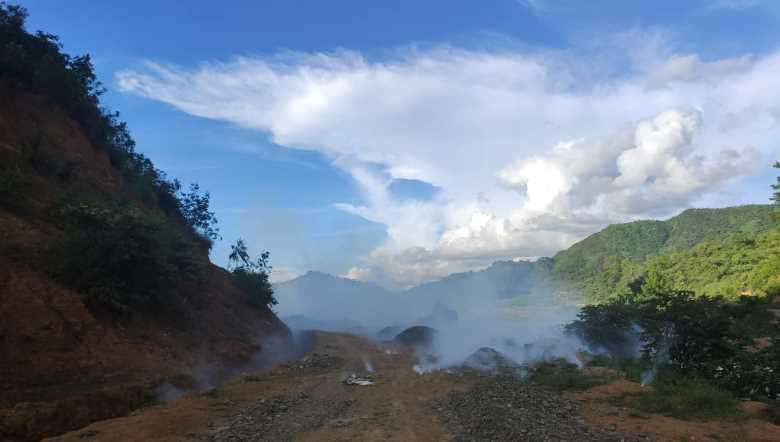 Six unexploded bombs suspected to be of World War II era were disposed of at Nongmaiching Chingkhong (PHOTO: IFP)

The Imphal police said that the six bombs were recovered on Wednesday at about 2.30 pm during the construction work of a house located at Hatta near the Indian Army War Cemetery.

A team of Porompat police along with a team of technical bomb disposal team, CID picked up the said bombs from the spot safely.

The police said that the six unexploded bombs along with another two similar bombs which were recovered from the surrounding areas while cleaning the sewage, were disposed of safely on Wednesday at Nongmaiching Chingkhong area.