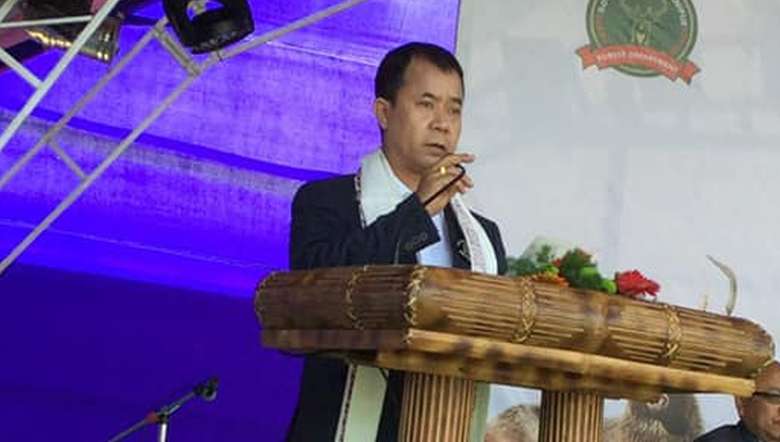 Manipur's lone Trinamool Congress MLA T Robindro who had been disqualified by the Manipur Assembly Speaker and suspended from disqualification by the High Court of Manipur division bench till July 20, has filed a Special Leave Petition (SLP) before the Supreme Court.

As recently as June 17, three BJP lawmakers had resigned from the party and the Assembly and six other MLAs—four from National People’s Party, MLA Robindro and an independent MLA withdrew their support to the BJP led government.

The High Court division bench comprising justice Lanusungkum Jamir and justice A Bimol passed an interim order that the Speaker’s Tribunal disqualification ordered on June 18 shall remain suspended till July 20.

The division bench also directed Thokchom Satyabrata, MLA of 14 Yaiskul AC to be served by Dasti Service within a period of one week from Tuesday. Thereafter, the petitioner will have to file an affidavit to that effect. All three respondents have been allowed to file counter affidavits.

The petitioner T Robindro mentioned that he was supporting the BJP led government and withdrew support from the current BJP-led government by submitting a letter on June 17 to the chief minister of Manipur. Meanwhile, the Speaker without issuing any notice and without giving any opportunity of being heard passed an order of disqualification from being a member of Manipur Legislative Assembly on June 18. The petitioner prayed for quashing the ex-parte disqualification order of the Speaker’s Tribunal.

Now, an SLP has been filed before the Supreme Court by challenging the High Court of Manipur’s suspension order, a source said. It is also said that SLP respondent is Yaiskul MLA Satyabrata who had filed a petition against Robindro on WP (civil)-317 of 2020.

Meanwhile, Samuel Jendai, MLA of Tamenglong, who resigned from the assembly and the BJP party, had submitted his reason for resignation as a representation to the Speaker on July 13.