Why the grapes are sour?

Why Aesop of "Grapes are sour" fame is still very very much relevant in the society even after passage of more than 2500 years! 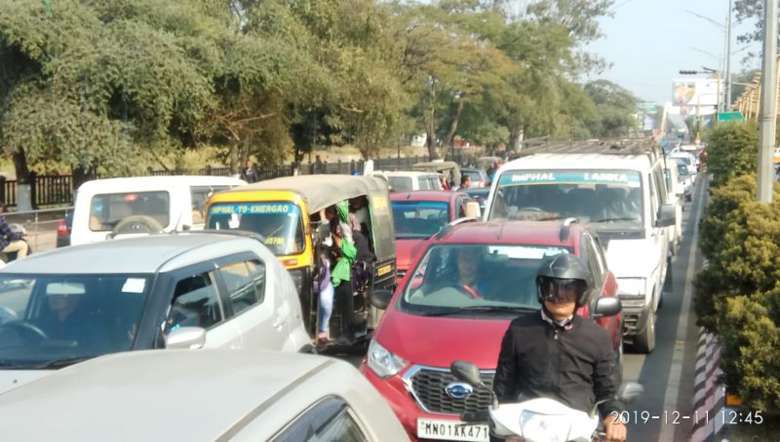 Ask any Indian about his or her opinion on corruption, he or she would promptly protest against it and term it the greatest scar of the society and the major stumbling block in the path of the country's development! Yet a very very large section of them not only unhesitatingly purchase tickets for high profile  cricket matches, revolving India, from the black market on a highly inflated rate; "proudly" do they flaunt about such garnering of tickets through the backdoor so as to "prove" their "love" for the country by flocking to the stadium in droves by wrapping themselves in tricolor! What a gem of hypocrisy or a case of not knowing what they are saying!

In the same vein, Indians in general act equality hypocrite revolving "VIP culture". Scratch any person and promptly would he or she express his or her supreme displeasure against "VIP culture" as it goes against the "spirit of democracy and equality"! Why would a handful of persons in the form of politicians and bureaucrats enjoy an upper hand and unfair advantage over the millions of people rendered "ordinary"! Are we living in the days of Raja and Maharaja or in a dictatorship of the ruling "elite"! Common Indians are simply fuming in rage over this supreme bias partiality and double standard!

But what do these very "common people" do when opportunity arises to enjoy that very "VIP culture" which they detest so much publicly!

Let's take the case of say Durga Puja -- the most hyped festival of Bengal. During this occasion, a "second grade" of "VIP"s are "sired" artificially and temporarily by the Durga Puja organisers; the politicians and the bureaucrats being permanently gracing the "first grade"! These "second tier" "VIP"s  comprise of high-end doctors, CEO-s of public and private enterprises, corporate honchos and similar other glamorous influential chair holders. Even many middle ranking police officials also get treated as "VIP"s then! So bunch and bunch of VIP passes are "honorably" despatched to their residences or offices! No, far from refusing such undue privilege, they gladly accept it with much "pride" so as to flaunt it in society and thereby their clout and "social status"! When the millions of "lesser ones" will sweat their bodies and ache their feet by standing for hours in "never ending" queues for 30 minutes to nearly an hour(in "high profile" pandals), our "second tier" VIPs will simply walk through the adjacent vacant lane specially designated for them with waiting time being absolutely zero and the “pariahs” simply gaping at them in awe or envy! Oh no, this special privilege is not too be sacrificed at any cost!

And by tagging the tail of such "second tier" VIPs during festival season, incomes our "third set" of self-manufactured “VIPs”! No, free unrestricted passes don't simply land up in their offices or residences! So they are found to be at their "innovative best"! By exploiting all possible connections and sources so as to locate the "second grade" VIPs among their relatives neighbours or acquaintances who are in possession of extra passes or do not venture to pandals or would be in a pleasure trip outside the state or country during Puja days; the "proletariat" engage in a rat race who gathers those passes first or collect how many! So by travelling on the "shoulder" of our "runners up" VIPs; these "commoners", enjoying the "third" place like Belgium in previous World Cup, gallantly march past the "lowest of low" waiting crowds in long queues rendering them to absolutely "fourth class staff"!

The exactly same things get repeated during glamorous international cricket matches, IPL, film festival and what not!

Only when I will have to struggle and endure sufferings in contrast to the privileged few whose all steps in life are made to smoothen up by the cream and butter of  undue entitlements thanks to their high profile profession posts or clout; I will zealously protest against VIP culture by invoking all norms of "democracy" and "equality"! But if there comes a remote chance to grab those very undue benefits by overriding the rights of "lesser folks", all talks of "democracy" and "equality" probably just vanishes into thin air magically! Let the world now see my "neo-VIP" status!

No wonder why Aesop of "Grapes are sour" fame is still very very much relevant in the society even after passage of more than 2500 years!

Either walk the talk or just keep mum! Else all criticism against “VIP culture” will prove to be nothing more than sheer sham.