What is being reflected in the media is also a reflection of society and the times one lives in. 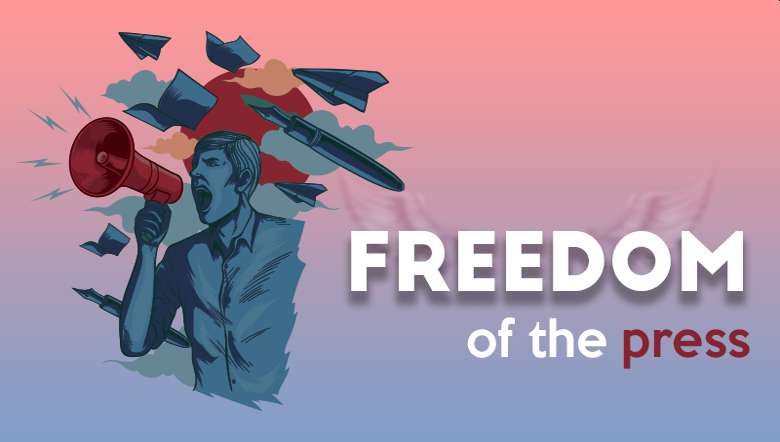 Washington, DC basedFreedom House in 2019 published a report titled “Freedom and the Media 2019 - Media Freedom: A Downward Spiral”. The key findings of the report based on extensive research say that media freedom has been deteriorating around the world over the past decade. The report says that in some of the most influential democracies in the world, populist leaders have overseen concerted attempts to throttle the independence of the media sector. While the threats to global media freedom are real and concerning in their own right, their impact on the state of democracy is what makes them truly dangerous, says the report. However, on an optimistic note, the report also notes that press freedom can rebound from even lengthy stints of repression when given the opportunity. It emphasized that the basic desire for “democratic liberties, including access to honest and fact-based journalism”, can never be extinguished.

The report also states that elected leaders in many democracies, who should be press freedom’s staunchest defenders, have made explicit attempts to silence critical media voices and strengthen outlets that serve up favorable coverage. The report had attributed the phenomenon to a global decline in democracy itself and pointed out that the erosion of press freedom is both a symptom of and a contributor to the breakdown of other democratic institutions and principles, a fact that makes it especially alarming.

According to Freedom House’s Freedom in the World data, media freedom has been deteriorating around the world over the past decade, with new forms of repression taking hold in open societies and authoritarian states alike. The trend is most acute in Europe, previously a bastion of well-established freedoms, and in Eurasia and the Middle East, where many of the world’s worst dictatorships are concentrated, said the report.

In what seems to be a familiar view on one’s own turf, the report points out that in some of the most influential democracies in the world, large segments of the population are no longer receiving unbiased news and information. “This is not because journalists are being thrown in jail, as might occur in authoritarian settings. Instead, the media have fallen prey to more nuanced efforts to throttle their independence” observes the report. It also says that the common methods of suppressing the media include government-backed ownership changes, regulatory and financial pressure, and public denunciations of honest journalists. However, what is even more interesting is the observation that governments have offered proactive support to friendly outlets through measures such as lucrative state contracts, favorable regulatory decisions, and preferential access to state information. “The goal is to make the press serve those in power rather than the public,” said the report.

The report also stated that populist leaders present themselves as the defenders of an aggrieved majority against liberal elites and ethnic minorities whose loyalties they question, and argue that the interests of the nation—as they define it—should override democratic principles like press freedom, transparency, and open debate. After surveying the state of the media in most countries around the world, the report also covered the state of affairs in India. It says that India, the world’s most populous democracy, is also sending signals that holding the government accountable is not part of the press’s responsibility. The ruling dispensation has supported campaigns to discourage speech that is “anti-national,” and “government-aligned thugs” have raided critical journalists’ homes and offices.

While traversing through the 2019 report, one is compelled to question the tradition of principled media that served as an ideal in the not too distant past. Why does the media fail to uphold the cherished values that had already been mentioned by the Freedom House report? In the local context, there are a lot more variants that one knows but chooses to be silent about. Whatever said and done, it will be good for an informed average citizen to note that the media does not function in isolation. What is being reflected in the media is also a reflection of society and the times one lives in. Just as the Freedom House 2019 report had expressed optimism, one hopes that press freedom rebound from lengthy stints of repression when given the opportunity.