The pensioners had been demanding enhancement of Dearness Allowance and Dearness relief (DA/DR) rate to 18 per cent. 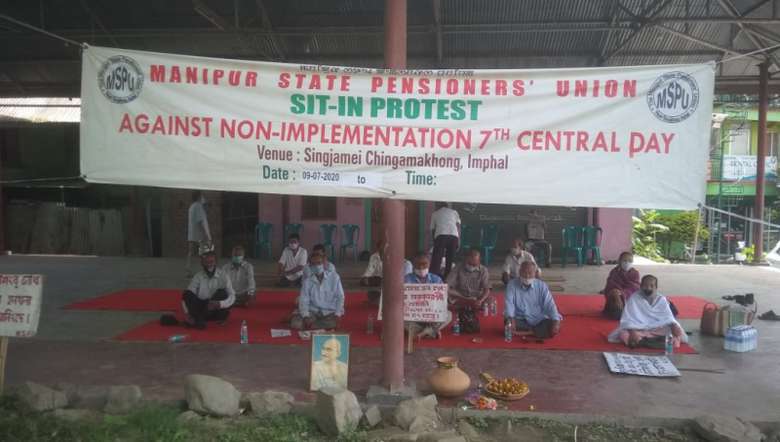 Demanding enhancement of Dearness Allowance and Dearness Relief and completion of concordance table for fixation of basic pension, the Manipur State Pensioners Union on Monday staged a sit in protest at Singjamei Chingamakhong.

Since the price of essential items has increased, the DR and DA of the pensioners should also be enhanced so that they do not face difficulties in buying the items.

He further said that the state government had agreed to complete preparation of a concordance table by January, 2020 but it has failed to do so. Further protests will also be organised in other districts of the State, said Tombi.