"The precious lives of these promising young soldiers may have been cut short in their prime time, but they have indeed gained martyrdom in this cruel death while in the line of national duty." 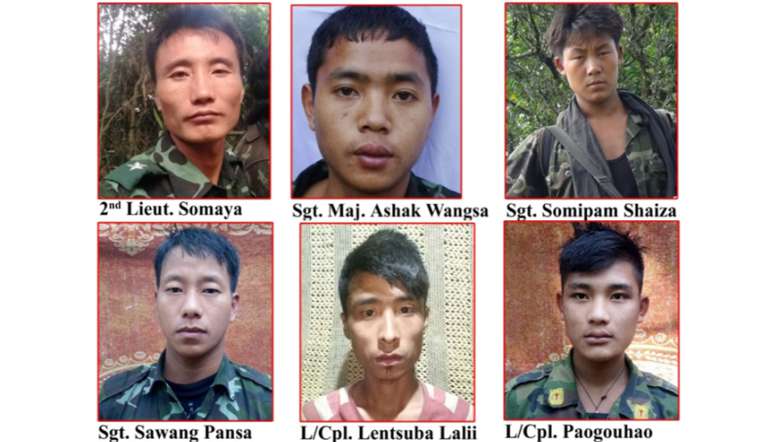 The NSCN (I-M) has stated that Naga nation and NSCN are shocked and saddened at the tragic incident in Nginu in Longding district of Arunachal Pradesh (Wancho Region under Nagalim) on July 11, “in which six of our brave soldiers were brutally gunned down by the combine forces of Assam Rifles, Indian Army and Arunachal Pradesh state police forces in total contravention of the existing Indo-Naga ceasefire.”

A condolence message issued by the Ministry of Information and Publicity (MIP) stated that the precious lives of these promising young soldiers may have been cut short in their prime time, but they have indeed gained martyrdom in this cruel death while in the line of national duty.

They have made the ultimate sacrifice at the altar of freedom and their names have been recorded in the annals of Naga’s struggle for independence, it said.

“The NSCN and Naga Army bow our heads to pay homage to our departed comrades,” the release stated while adding the vacuum created by their loss will be difficult to fill in, but the legacy of supreme love bequeathed by them will continue to inspire the generations to come and they will always be remembered.

“We express our heartfelt condolences and share the grief with the bereaved families and pray that the almighty God gives them the strength and solace to overcome the tragedy,” it stated .

It further said, in recognition of the selfless services rendered towards the cause of the Naga nation and as a mark of tribute to the departed Naga national workers, the office of the adjutant general of the Naga Army has posthumously promoted the six Naga Army personnel to their next higher ranks:

The office of the central administrative officer, Wancho Region has also expressed condolence over the demise of the six soldiers. “The Wancho Region in unison shares the pain and sorrow over the huge loss and conveys condolences with a heavy heart to the family members, friends and relatives of our fallen comrades,” said a statement.