An FIR has been registered at Lilong police station for further investigation. 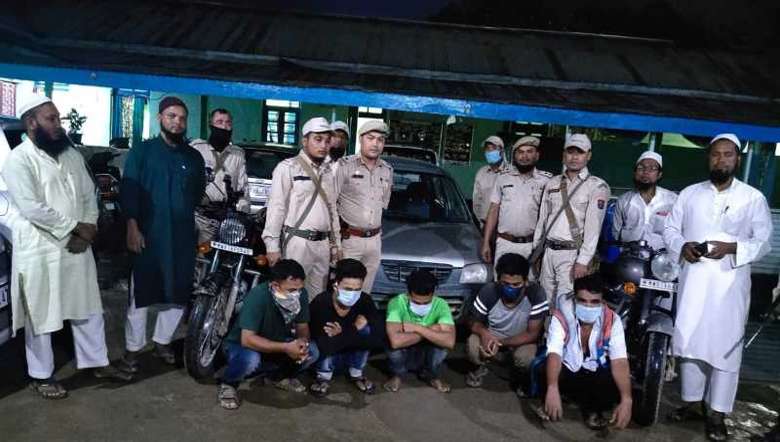 A joint team of Lilong police along with members of ‘Anjuman’ (a civil body) arrested five vehicle lifters and recovered one car and two ‘Royal Enfield’ motorcycles at Lilong Chingjao on Sunday.

District Police reported that a team of Lilong police station led by its officer-in-charge, Oinam Ajit assisted by assistant sub-inspector, L Tikendro Singh along with some members of Anjuman, arrested two vehicle lifters from Lilong Chingjao at about 1 pm of Sunday.

An FIR has been registered at Lilong police station for further investigation.

It is said that the whole operation was conducted under the supervision of superintendent of police, Thoubal district, S Ibomcha.