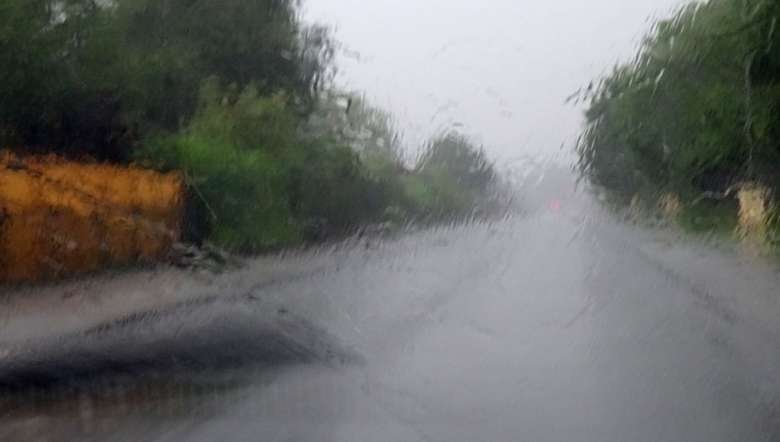 Heavy rains across the Garo Hills region have left many parts of the area inundated with most rivers either flowing over the danger mark or about to breach their banks. Incessant rainfall over the past three days had already raised alarm bells for the region with things taking a turn for the worse after last night’s heavy downpour.

In East Garo Hills, the Simsang and Dama Rivers are flowing over the danger mark prompting the district administration to issue an advisory for people to keep away from the surging waters. Families that have houses close to the rivers have also been advised to be ready for evacuation at any moment. Meanwhile in some places, water has entered houses of those living near the banks of the Simsang river.

The National Highway 62 near Dobu in East Garo Hills was blocked early this morning as was the same road near Dainadubi in North Garo Hills. Work to clear the debris at both sites was underway. The North Garo Hills administration confirmed no major damage had been done in the district due to the rains.

Paddy fields in all low lying areas in all the five districts under Garo Hills are under water till this afternoon even as a slight let up in rains slowed down the surge.

In low lying areas near Selsella, water was seen flowing above the level of the road. Extensive tracts of paddy fields are under water with the fear of another surge imminent due to the back draft of various rivers originating in the hills.

Water levels in the plain belt of West Garo Hills also saw a rise since the rains last night though the situation is still stable. However the growing fear is of a rise of the Jinjiram and Brahmaputra river owing to the back draft of the rivers.

“The situation is still not critical though we expect the water levels to continue to rise for some time. If there is no let up in rains, the situation will worsen. Currently even water from the town of Phulbari is has no outlet than the Brahmaputra. The Naga Bund has also not been breached as of now,” said a local from Phulbari, S R Sangma.

In Tura, mudslides led to the AMPT road being blocked as a section of the road was washed away. Commuters have been advised to avoid the road for now.

In South West Garo Hills, the Ganol River had breached the danger mark though by the evening water began to recede.

“Three villages have been impacted and there has been minor damage on houses. The situation is improving,” stated Deputy Commissioner, Ramakrishna Chitturi.