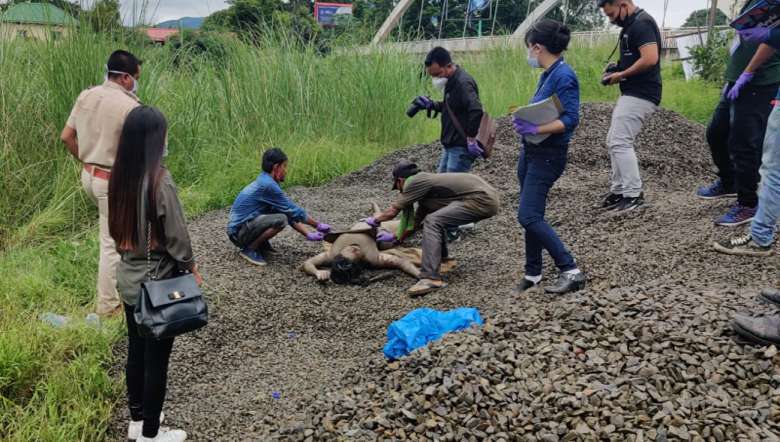 A body of an unidentified woman was found in Imphal river near Sanjenthong bridge Sunday morning.

A team of forensic science team rushed to the spot and conducted spot investigation.

The official said no bruise and injury marks were found on the body and it has been taken to RIMS morgue for autopsy.

The news went viral as many shared on social media platforms that the body was found inside a gunny bag which was spotted drifting down the river.

However, on fact-checking, Ingocha clarified that a wrong information is being circulated on social media that the body was found inside a gunny bag which drifted down the river.

Police will book those who are involved in spreading false information without considering that such activities can create issues through social media, he added.

A case has been registered at Imphal police station for further investigation into the incident.

A statement issued by the police department said that with the permission of district magistrate Imphal West, autopsy of the body has been conducted at RIMS morgue on Sunday. It was conducted in the presence of executive magistrate, Imphal West. The body is now kept at RIMS morgue for further identification.

The body will be disposed of with the permission of district magistrate, Imphal West if no one claims it by 5 pm of July 15.

Description of the deceased has been mentioned as wheatish skin in complexion, round face, colour of the hair is black and medium in length, body built is medium, height 162 cm, there are earrings on both sides of her ear on its upper lobes.

When the body was recovered, it wore one white long pant of nylon fabric, one fabric belt of having blue and black stripes, one white coloured T-shirt, one wrist belt of plastic chain yellow in colour on the left hand, one ring each on the index and ring finger of the left hand.