MU administrator Jarnail Singh filed a contempt case against Yungkham Kanta for alleging that the former did not have the power to appoint various faculties and non-teaching employees. 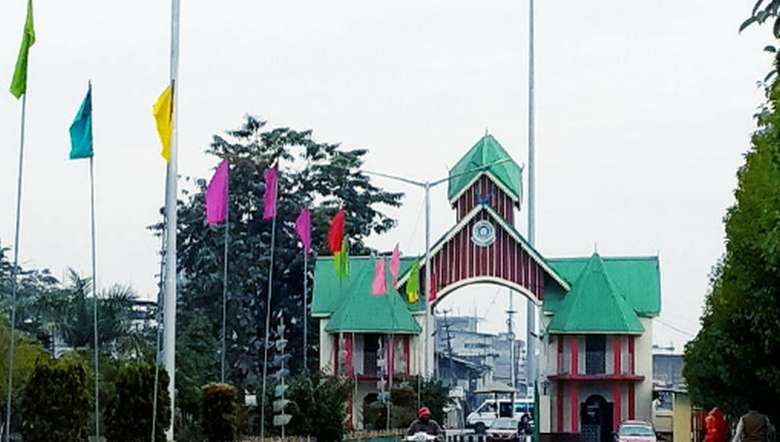 High Court of Manipur division bench comprising justice Kh Nobin and justice A Bimol directed Register General and the Registrar (Judicial), High Court to register a suo motu criminal contempt against a person who alleged that Manipur University (MU) Administrator does not have the power to make appointments and cannot act as a substitute to Vice Chancellor (VC).

MU administrator Jarnail Singh filed a contempt case against Yungkham Kanta for alleging that the former did not have the power to appoint various faculties and non-teaching employees. Yungkham Kanta had filed a petition before the High Court to cancel all the appointed employees in the Manipur University during Jarnail Singh’s tenure.

MU had witnessed massive protest against the then VC Professor Adhya Prasad Pandey in 2018. Later, Manipur High Court ordered the interim appointment of the former chief secretary of Manipur Jarnail Singh as the administrator of MU through one Public Interest Litigation (PIL) case. While appointing Jarnail Singh, the High Court ordered that the administrator was appointed to bring normalcy at MU and was fully empowered to discharge the functions of the VC as provided under Manipur University Act, 2005.

On a petition filed by Jarnail Singh, it is stated that he has been exercising his power and discharging the function of the VC as per the direction of the court. In the meantime, some writ petitions were filed by Yungkham Kanta that the administrator had been taking various actions towards recruitment in respect of various posts in MU without any authority of law. The purpose of filing such petitions was to harass, disturb and obstruct the smooth functioning of the administrator, said the petition filed by Jarnail Singh .

Earlier, an order of the High Court in 2019 also mentioned that no one can question the power of the administrator, as long as he is not replaced by a new VC appointed by the centre, except in cases where the power has been misused or exercised by him contrary to or in violation of the law which may give rise to a case of action. The High Court division bench in view of the earlier judgment pointed to a prima facie case of criminal contempt in the current case.