Following an intelligence tip off regarding the presence of armed NSCN (I-M) cadres, the troops launched a well-planned and coordinated operation in the area. 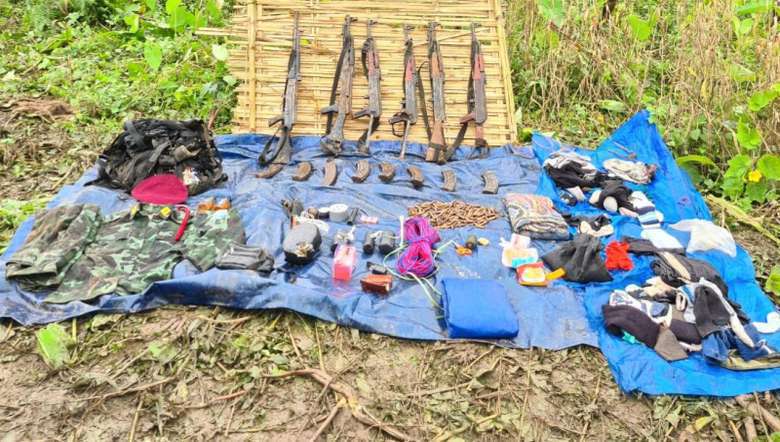 Six NSCN (I-M) cadres were killed in a joint operation conducted by a team of the Indian Army, Assam Rifles and Arunachal Police near Nginu in Longding district of Arunachal Pradesh early Saturday, a release stated.

Following an intelligence tip off regarding the presence of armed NSCN (I-M) cadres, the troops launched a well-planned and coordinated operation in the area. On seeing the search column of troops, the insurgents opened heavy fire in a bid to flee from the spot, defence sources said in a release.

The troops retaliated and in the ensuing firefight six cadres were neutralised while a soldier of the Assam Rifles was injured. The troops also recovered six rifles and ammunition, IEDs and other warlike stores.

The operation is in progress, identification of neutralised cadres and their allegiance to NSCN (I-M) faction operating in Myanmar is being ascertained while the injured soldier has been evacuated and is in stable condition, the release added.

Meanwhile, as a part of the ongoing crackdown by the Assam Rifles on insurgent groups operating in Nagaland, a huge cache of ammunition was recovered near Chedima village in Kohima district on Friday.

The recovered items have been handed over to North Police Station, Kohima for further investigations, a release by the Assam Rifles stated.