Population control in a system of ‘more people, more power’

While it is a concern that population growth in the tribal state have declined, it will be counter-productive, considering the still prevailing high growth rate in many other states, to altogether do away with a tool that will help us accomplish our goal of achieving uniform low population growth rate. 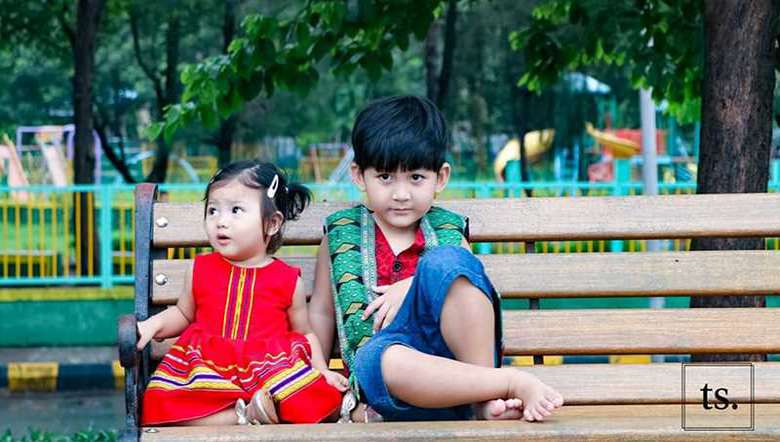 The slogan ‘small family is a happy family’ is now viewed as 'a small community is a weak community.' (PHOTO: TS Haokip)

India has come a long way from its days of more than two per cent annual population growth rate that was witnessed for 30 long years; from 1961 to 1991. At present, the rate hovers just around one per cent per annum.  Still, for a smooth transition from a 'High birth and low death' stage to a 'Low birth and Low death' stage, India cannot afford to ignore its population control measures, at least for now. The government, besides its regular programme of spreading information and awareness, has affected certain schemes like ‘Mission Pariwar Vikas' to promote family planning. Also, some state like Assam has introduced a two-child policy, wherein parents with more than two children will not be eligible for government jobs. Nagaland, on the other hand has a negative growth rate as per census 2011.  While it is a concern that population growth in the tribal state have declined, it will be counter-productive, considering the still prevailing high growth rate in many other states, to altogether do away with a tool that will help us accomplish our goal of achieving uniform low population growth rate.

Theoretically, Democracy means the system of governance where the public is the ruler; 'a government by the people for the people and of the people,' in the words of Abraham Lincoln. In practice, democracy is a system where the voices of the majority matter. Government is formed based on adult franchise and the party with more number of votes forms the government. In this number game- the more the count of people, the more is the power bestowed upon them.

The constitution does provide certain safeguards to uplift and protect minorities' interests. But beyond the fundamentals, there are several other privileges, which people with greater numbers have a larger share. The slogan ‘small family is a happy family’ is now viewed as 'a small community is a weak community.' In that scenario, it is not surprising to witness the surge in population rise in the country and its herculean task associated with preaching for family planning. In a land where most things are viewed from the prism of communal and religious perspectives, population control efforts could be misconstrued as a motive to disempower a section of people. Beyond the issue of doubts and mistrusts though, there is an undeniable urgency to take population control seriously in order to alleviate the line of poverty and standard of living.

Apropos various unverified reports that many Muslims organisations are sermonizing for the need to increase population of the community, many right-wing activists have been clamouring a strong population control law in the country. On the other hand, there are allegations that say Muslims are victimised through population control instrument for fear of them matching the majority community in numbers, and eventually in power. To rescue population control from being enveloped in another Hindu-Muslim issue, it is important that people belonging to the majority community do not view initiatives for the protection of minority rights as a threat requiring a show of power to end it, but one which will eradicate the need to necessarily increase in number to be heard; justice for all irrespective of size in number.

There are issues that need iron fist treatment to accomplish and a soft approach to making people understand the cause. Population control falls under the latter category. But the Government may be tempted, after the exhaustion of its initiatives, to forcibly implement population control measures. Therein lies the need for understanding the fact that population growth issue is not an isolated concern but one which will require a holistic approach. Any high-handedness dealing could aggravate the mistrusts and results in many disadvantages, incurring countless losses, which could far overweight any possible good outcomes from implementing population control measures.

Debates on population control resurfaced recently with the reconstitution of Delimitation Commission 2020, for the states of Assam, Arunachal Pradesh, Manipur Nagaland, and J&K on 6th of March 2020. The argument raised by those opposed to delimitation is that the exercise is a direct encouragement and an award to those areas who failed to control population rise. They further argued that the whole process could dishearten honest initiatives taken to control population growth. It is however pertinent to note that the delimitation exercise, completed for the whole country except the 4 states and the newly formed UT will bring more representational justice to the tribal people, who have many of its populace uncounted in the previous census in the 1970s on which basis the existing  constituencies were drawn.

The present delimitation activity, which is to be based on the 2001 census will thus bring inclusive representation to the tens of thousands tribal households, including those individuals who earlier were non-enthusiastic about getting registered in a census. Moreover, the freezing of total number of Member of Parliaments till the 1st census after 2026 will ensure that uniform growth rate is achieved by then and TFR and replacement level is at par with the average global rate as such the exercise of delimitation will not unfavourably tilt towards some region or states.

Quality over quantity- the ultimate message

Growth in population should be viewed as a concern in our endeavour as a nation to bring sustainable development and not as a threat which could dangerously empower some community-As that will mean our agreement with the assumption that power is directly proportional to population size in a democracy.

Today, as we observe #WorldPopulationDay and spread the message that it is not the quantity but the quality of the population that will take the nation to greater heights, may it manifest on the ground visible to all, that power in a democracy lies with the people of India irrespective of caste, class, community or counts!