Meiphung Productions gears up for social cause amid COVID-19

To bring relief for returnees, the Ukhrul based movie production house has decided to invite interested individuals to be a part of our upcoming movie projects 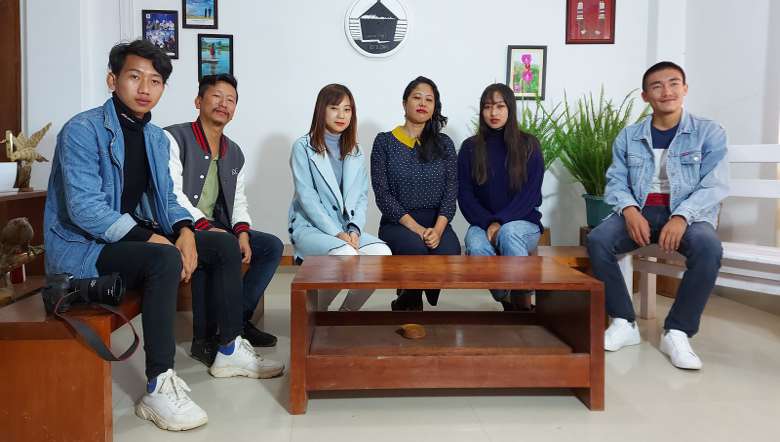 Thousands have come home from different places of India since the wake of COVID-19 outbreak. Considering that these circumstances may affect the economic conditions of the state, for rural regions like Ukhrul and Kamjong districts, the scenario could usher in one of greatest challenges.

Looking at the possible impacts of the scenario, Meiphung Productions (MP), an Ukhrul based movie production house has taken upon the task of mitigating the situation by responding to social responsibilities in its own way.

Chief operating officer of Meiphung Production, Seema Awungshi said, “In the present pandemic situation, while the entire community is grappling to contain the disease, the influx of youths from different cities is already presenting another big challenge for the community. To bring relief for many of these returnees, we have decided to invite interested individuals to be a part of our upcoming movie projects.”

“It is a way of giving back to the society for its support to us all through these years of our struggle,” she said while urging the public to continue with their support to the production house.

“Meiphung Productions is committed to help talented youngsters and make them establish themselves as professional artists. We are going to announce soon for an open call audition from any talented and passionate local youths for acting in our upcoming movie projects”.

Seema Awungshi informed that the production house had a hassle-free payment system for the entire casting, crew members of their projects and regular salary for the six staff employed in the Production house.

“Currently, we have three films in the pipeline which would be ready for shooting and auditions once the current lockdown is lifted," she added.

Without revealing the titles of their three upcoming movies, Seema Awungshi informed that one of the feature films for the scripts are written by well known local film script writer MK Vaorei of ‘Ramcho Ramrin’ fame and ‘Khipawui Khayon Khala’ and another feature film based on a true life story scripted by Obed Vasha.

She said that the third movie will be a serial/episode movie, the first of its kind in Haolywood, adapted from the novel ‘Okthuishap Rala’ written by Soror Zimik. The open audition for this movie will be announced soon by the Meiphung Production.

"As part of our business practices, we have been conducting official tours along with our artists in different parts of the country, where our new films are premiered. This is done so to promote our local artists and broaden their professional outlook," Seema Awungshi said.

Adding another feather in its cap, the team has also opened a hiring service for sound system, videography, and photography and recently installed a sound recording studio. It also provides a free biblical counseling service for women in distress.

On June 15, the Production house also launched a weekend talk show ‘Sharum’ which aims to cover varied aspects of livelihood and personalities from different walks of life.

As a show of solidarity, Meiphung Production also donated a sum of Rs 55,000 to the student bodies and welfare unions in different metro cities during the lockdown.

So far, Meiphung Production has produced some of the most popular Tangkhul films like Kha Yurna Mataimei, Thotkha Mirin Khani, LAY and its latest venture Mangareiungluilusince its establishment in 2014. The production house is located at Hamleikhong, Ukhrul.

Meiphung Productions has been a trustworthy springboard for launching local talents in acting careers in the Ukhrul and Kamjong districts. It has also generated employment opportunities for many others in technical areas. Currently, it has six staff as technicians, photographers and videographers.