The government should sensitise community to delay age of marriage. 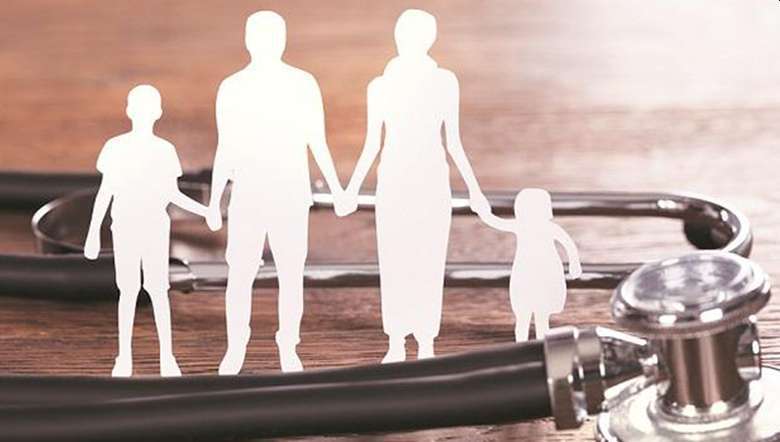 According to UNFPA, the World Population Day 2020 theme will focus on- Putting the breaks on COVID-19: how to safeguard the health and rights of women and girls now.

This year, the UNFPA’s goal on World Population Day 2020 is to raise awareness of women’s and girls’ needs for sexual and reproductive health and vulnerabilities during the Coronavirus pandemic.

According to statistics, the global population is still growing by more than 80 million a year, however, and is most likely to continue growing unless we take appropriate action to stop it. The world population increased from 1 billion in 1800 to 7.7 billion today.

Overpopulation is a major cause of most of the world’s problems. Whether it is a question of food shortage, lack of drinking water or energy shortages, every country in the world is affected by it or will be.

India ranks number two next to China in the list of countries with high population. The current population of India is 1,380,233,788 as of Wednesday, July 8, 2020, based on Worldometer elaboration of the latest United Nations. India’s population is equivalent to 17.7 per cent of the total world population. And by 2027, India will have more people than China with approximately 1.47 billion people. Currently, China's population growth rate is only 0.39%, while India's population is growing at 0.99%.

There are various factors that are responsible for population growth of particular country or particular region. The main factors for population growth are fertility, mortality and migration. Knowledge of factors contributing to higher fertility levels assumes greater importance in view of the alarming population pressure being experienced in most developing countries. It is essential for initiating family planning efforts and regulating programs for fertility control. Economics, social and cultural factors affect reproduction, and the average number of children born to married female exposed to the risk of conception throughout the reproductive period varies considerably among different societies. To understand the cause of fertility variation one must know the mechanism through socio-economic and environmental variables.

Marriage is an important factor in the fertility analysis.

Other demographic factors such as education, religion, economy, contraceptive use etc. also influence to fertility of particular regions. Marriage is a principle indicator of women’s exposer to the risk of pregnancy and as such early age at marriage in a population is usually associated with a longer period of exposure to the risk of pregnancy and higher fertility levels. In developing countries like India, age at marriage is very low and an upward shift in it can reduce the fertility level. So we need to study and analyse marriage pattern and impact of marriage among the diverse groups, in the rising population.

This article aims at showing how age at marriage reduced the fertility level of a region or community and increasing marriage age enhance the empowerment of women. To know the age pattern of marriage SMAM, (the average length of single life expressed in years among those who marry before age 50) for three categorical groups viz sex, place of residence and religion are computed using data from census 2011 and NFHS_3 for North East India.

SMAM of man compare to woman is high indicating that women marry earlier than men. Urban women have higher value of SMAM than rural women. It is also observed that in almost all the states of the country, urban women have higher singulate mean age at first marriage and as such rural women are exposed to the risk of pregnancy for a longer period of time, resulting in chances of producing more children and leading to population growth.

The NFHS reports indicate that the total fertility rates are higher in rural areas than urban areas which could be resulted from early marriages. Therefore, as part of the family welfare programmes of the government of India, efforts may be included in order to increase the mean age first marriage in the country in general and in the region in particular. Further, it also evident from the results that early marriages are very common among Muslim women thereby the TFR is higher in the Muslim women while Hindu women tend to have higher mean age at marriage as compared other religious groups

Age of women at marriage as a proximate determinant of fertility has a diverse significant effect in gender equality and the status of women. Early marriage is associated with significantly increased risk of experiencing lower status of women. Thus the influence of age at marriage of women cannot be ignored in the context of gender equality and status of women. Delaying marriage even by one year could reduce significantly in the experience of domestic violence. Differentials in marriage age could have different magnitudes of experiencing domestic violence, loss in freedom of movement, status, autonomy, physical safety and participation in decision making.

The analysis result from NFHS-4 aso reveals that exposure to domestic violence is more in early married group.

A research scholar at Department of Statistics, Manipur University, Manipur