Of markets, women and economic woes

Whatever steps the Manipur government takes should be based on the realistic reading of the COVID-19 pandemic in the state and also the adverse economic impact of the lockdown. 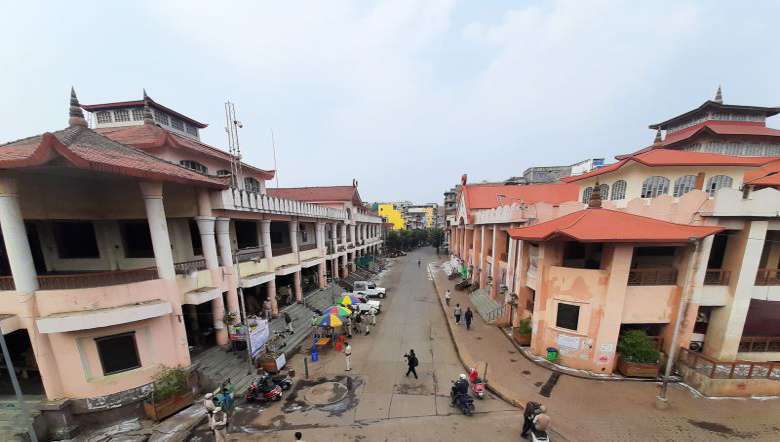 With COVID-19 induced lockdown still on, Manipur is now facing the brunt of prolonged shutting down of main markets across the state. Though the government of India has already issued fresh guidelines for the next stage of unlocking, the effort has not been bearing expected results at least in the state of Manipur. The new guidelines which came into effect from July 1 have not impacted on perceptible change in the general economic spheres of the public. The current state of affairs has instead created different perceptions of the phenomena called COVID-19 pandemic. Despite the adequate understanding of the dangers posed by the pandemic, Manipur has finally seen the recovery rate of those affected by COVID-19 better placed than the rate of those who are still undergoing mandatory institutional quarantines.

However, one should also note that the pandemic has also divided or rather polarized opinions on reopening of Manipur’s biggest women’s market Khwairamband Ima Keithel.  Economically bruised badly by the continuing  lockdown, women traders and vendors of Khwairamband Ima Market have expressed different demands and expressed contrary opinions on the reopening of the market. One group of women has asked the state government to ease their struggle for survival amid the pandemic by reopening the market while another one has just urged the authority to provide financial support instead of opening the market.

Mayanglang Phijoi-Yonbi Ima Lup (MPIL), an association of women vendors of Khwairamband Ima Market had earlier demanded reopening of the market by maintaining strict regulations. When five women members of MPIL took a decision on their own to reopen their own stalls, they were reportedly prevented from doing so. However, another group of women under the banner of Khwairamband Nupi Keithel, Sinpham amadi Saktam Kanba Lup, has demanded the state government to extend financial assistance instead of allowing them to reopen the market. This group of women while demanding financial assistance has acknowledged that the markets had been shut as a precautionary measure to contain the spread of COVID-19.

The second group of women stated that they were well aware of the fact that despite preventive measures being imposed by the state government, COVID-19 positive cases in the state have escalated. Though there were no reports of death due to the pandemic, these women stated that local transmission has started in Jiribam. In a logical manner, they have argued that it was the need of the hour for every section of the society to be responsible in preventing community transmission and stated that it was not wise to reopen the market at this juncture.

Keeping in mind that Khwairamband Ima Market was already congested and that it would not be possible to maintain physical distance, these women also pointed out that opening the market on a rotation basis would be a difficult task and not feasible at the moment. “Everyone is facing the impact of COVID-19 pandemic. Let us bear the difficulties and challenges until the pandemic is contained,” they said. While appealing to the state government to provide financial support, these women pleaded with the government that there should be a sympathetic understanding of their economic woes and immense difficulties they and their families faced. Now, these women are also expecting a positive response from the government of Manipur.