COVID-19 and its impact on economy

Government needs to strive for attraction from big economies by working closely with organizations like G20 and G6 or amongst similar rank countries of G5 excluding China. 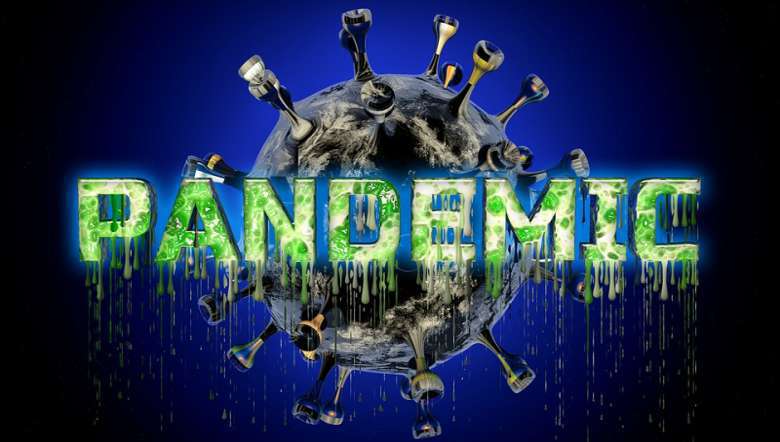 Whether its Chinese virus according to Donald Trump or COVID-19 as known popularly, the reminiscence of this virus outbreak and its impact on human will haunt the world for quite a period. As reports suggest, for the world to reach normalcy of pre-COVID-19 just up to 70 per cent it will take a minimum of two years.  This is quite a frightening prospect for the world economy. Economies will be hitting dead-ends especially for developing countries who rely on foreign investments and exports.

It’s a no brainer that China’s credibility as a foreign investment hotspot or as a country won’t remain the same. The country’s reputation as a whole is at stake. It won’t be the same in the near foreseeable future. Multi-National Companies (MNCs) which have been relying on China’s cheap labour would now be in a hunt for a different route. Trade with them will have a momentum shift which if examined properly will be the case for trades between various nations. The risk for a company is too big not to follow other companies to relocate in a different country and continue its business. And there are more than million foreign companies in China. The power China held over the recent years is certain to be shifted. In terms of trade with China countries will think twice before their products are exported or imported from which the later mostly is the case. Fear of isolation by the west or giant economies would automatically lead to developing countries follow the same path. Otherwise sanctions and tariffs might flood in. The result is crystal clear. Chaos and degradation of relations between nations.

In view of the issue Japan has set up a fund for their companies to move out from China if they wish to. This is just the beginning of a trend. The US has also declared incentives and urged companies to move out and bring those companies in their own country. Such a strategically crucial and job creating plan in home countries will surely be welcomed by other nations as well. They have even extended H1b visas and more people are to be called into work there. European nations are already in the hunt for new favourable destinations. Researches indicate new countries might be in the likes of Vietnam, Mexico or Bangladesh. Manpower is available and these countries are in dire need for investments for their own development. Ease of setting up of firms will be a major factor to play to attract the same. Vietnam, a south Asian country which geographically lies near China and liberally with quite a well-organized economy plan might be the most attracted country considering it delivers everything on a platter what companies seek.

COVID-19 pandemic has largely affected oil production and transportation. It must not be a surprise that oil prices crashed in the process. During the worldwide lockdown there has been a dramatic decrease in trade volume and oil is no exception. Shipping cost of oil is down by a considerable amount due to excessive stockpile. For the first time in history, oil prices dipped below zero (0) just to rebound to $1 a barrel in the US. There is no clear sign or indication that would bring back oil prices to the ones we considered normal anytime soon. This is another case and up for discussion that India has witnessed an all-time high in oil prices in recent days.

Oil being the most hit industry, there are multiple others which are to be affected and in contrast quite a few to leap up from the pit.  As social distancing will be in the fore for a not so short period, airline industry will be dancing on thin ice. Not just air travel, the whole travel sector will face the aftermath of the pandemic. Not to wonder, tourism as a whole will also follow the suit. Entertainment industry and sports will have to face the grim too. Another one to hit the ground seems to be India’s small and medium enterprises (SMEs). The fact that most of the customers are from the west and of all west being the most affected, they will try to revive their economy from recession and keep import minimal which will defer its resurrection. Workers would want to stay at their home away from the crowded industries. Seven million Indians work in SMEs and losing jobs for even half of them would be a disaster.

SMEs are not just the only industry where west is the main customer. India’s service sector has a workforce of less than 10% of the working population yet it contributes more than 60% of our economy. Hotel and restaurants, storage and communication, financing, insurance, real estate, business services, community, social and personal services, and services associated with construction will walk the ropes. IT sector which has been a prolific contributor in Indian economy is bound to suffer a tremendous downfall owing to its west based customers. Jobs which were generated due to manual IT services will be shifted to artificial ones. Although it can be another side of the coin. It could be beneficial for some startups which are based on latest technologies despite the real number will be very low.

Telecom sector may see a sudden rise in business domain. Due to the pandemic communication will mostly be electronic and as work from home services are ought to spring up, telecom sector might experience a rise in its public reach more than ever. One particular industry, pharmaceuticals, may be a revelation due to the pandemic’s remnant threats to endanger human immune system. There won’t be another time for us humans to take more precaution than we ever did and ever will. Here enters the role of medicine and so pharmaceuticals.

Trading as a whole will be a whole different ball game. Supply chain and trade will be within the country. Over the boundary trades will be at a haul for years to come until normalcy resumes. Countries like China with large exports will be the ones at maximum loss as stocky exports will be hampered by protectionism. Protectionism will be the new norm for at least a couple of years. It is thus assured that multinational trade will be in a bin for quite an estimable period. India also undoubtedly will apply protectionism and introduce tariffs to execute the same.

As most of affected countries belong to G20, World Trade Organisation might be forced to bring up a solution and pass FTAs, which might not be a move to be welcomed by all. It might tip in favour of big economies which might be a bone of contention between developed and developing countries. Keeping this in mind WTO has to take decisions not solely based on big economies rather pertaining the notion of developing countries at the helm. Otherwise the whole plan might just remain another plan in paper. If protectionism is the new fad countries to take up, WTO intervention might never work at all. Rather the most affected weaker economies will ask for adequate financial provisions from International Monetary Fund (IMF) and other financial organisations to help them grow bits as they know they won’t stand toe to toe with the biggies.

Indian economy, as predicted by multiple agencies, will be growing as large as 3%. This is humongous and quite hard to believe. Even though few predict the growth will be as low as 0.2%, there is still growth happening in the country. When countries like the US have already been at low growth and fear of recession still lingering, such a news is a sprinkler in the scorching sun. This is not a new case. In 2008-09 financial crisis when recession was reeling in the US and Europe, money still flowed in India. Indian economy never stopped growing instead India saw one of the highest growth rates over that time with an annual growth of 7.9% in GDP with influx of FDIs. United States at the time was hovering in minus (-2.5%). If history has anything to go by, now India needs to put worries into bed and focus on measures to repeat the feat. Is India ready for it?

As the shift towards more business-friendly nations from China is imminent, India has to prepare for it. When million companies walk out of China, India shouldn’t be focused on just thousands.  India will definitely get its share but it has to be not bare minimum. Vietnam will be the most beneficial with its business conducive environment and well codified rules. India ranks 63rd in ease of doing business which means 62 other countries would be a better option than India. There comes the role of government. They have to act prudently to tap the opportunity in hand. There is no reason if acted properly we won’t be able to repeat 2009 success. And the prospect is looking good as India has just extended its five-year trade policy for one year. Under this policy incentives are given to set up companies in India when they fall under particular category.

India needs to show the world it has a better future than its competitors. Our competition should be guarded by the government with more business-friendly measures. Incentives should be awarded to those willing to set up new companies in India. Its not hard to follow other developing countries who keep conduciveness in mind by giving free land and more freedom to do business. Manpower won’t come in the way as a problem. Paperwork which don’t move should be pushed for more mobility. India needs to be ready for this. Sure, we are a country with problems but time and again we have proved that we are worth investing. Convincing should be compelling and it should come from government’s side. There are lots of unconventional money to start flowing in the market and if we are able to channelize this in our direction, we are sure to hit the jackpot and even outdo prediction ratings.

As we need a new dimension to show the world that we are ready for the change, perspective should be looked beyond the horizon. We have lots of potential in unexplored regions like virgin northeast with beautiful landscape, Bihar, Odissa etc. Government needs to strive for attraction from big economies by working closely with organizations like G20 and G6 or amongst similar rank countries of G5 excluding China (for obvious reasons). When every country is searching for that critical threshold to jumpstart their economies, India needs to stay one step ahead of others to repeat the same feat we achieved in not so recent history. And that’s not impossible.

The writer is a Computer Science Engineer, Yairipok Changamdabi