Is there taboo associated with Parkinson’s Disease?

Most patients especially the younger, working adults try to keep their disease a secret out of fear and embarrassment. 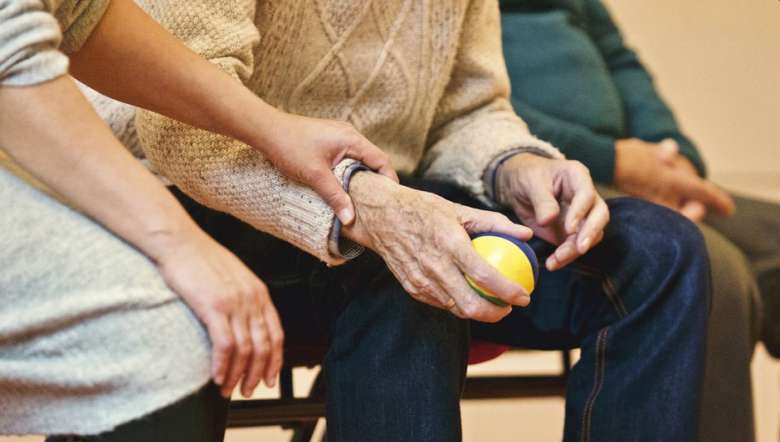 Parkinson’s Disease or PD is not a taboo word. However, like any disease in India, the sufferers are subjected to accusations of wrong or evil doing based on superstitious beliefs. A large part of which is the lack of awareness about the disease which is a neurodegenerative condition affecting many aspects of an affected person’s life. The cost of the multidisciplinary management required for this is very high and is a lifelong burden on the families of those affected. The Parkinson’s Disease and Movement Disorder Society (PDMDS) explains all that you need to know about the disease.

What is Parkinson's disease?

Parkinson's disease (PD) belongs to a group of conditions called movement disorders. It is a neurologic syndrome usually resulting from deficiency of the neurotransmitter dopamine as a consequence of degenerative, vascular, or inflammatory changes in the basal ganglia (the part of the brain that controls movement).

A person with PD has abnormally low levels of dopamine. This is because the Dopamine-generating cells, known as dopaminergic neurons (types of nerve cells) in the substantia nigra part of the brain die slowly. Without dopamine, the nerve cells in that part of the brain cannot properly send messages. This leads to the loss of muscle function. The damage gets worse with time. Exactly why these brain cells waste away is unknown.

Is there a taboo associated with it? Do some people want to keep it a secret?

Most patients especially the younger, working adults try to keep their disease a secret out of fear and embarrassment. Fear of losing their job, of not being able to support their family and live independently and fear of dying. Embarrassment stems from the fact that PD symptoms are difficult to conceal even in the initial stages and for some may even be socially inappropriate. The lack of awareness among the general population further worsens the situation.

At what age is it most likely to occur?

Average age of PD onset is approximately 50 to 60 years. The incidence of this disease increases dramatically with increasing age. (However in the past few years the incidence of this disease in those younger than 50 has also been increasing.) In about 4% to 5% of cases the sufferer is younger than 40 years. When signs and symptoms develop in an individual aged between 21 and 40 years, it is known as Young-onset Parkinson's disease.

What are the symptoms of PD?

PD is a chronic (long term), progressive (gets worse with time) disease of the nervous system characterized primarily by certain cardinal Motor symptoms (related to movement).

Tremors: Trembling in fingers, hands, arms, feet, legs, jaw, or head. Tremors most often occur while the individual is resting, but not while involved in a task. Tremors may worsen when an individual is excited, tired, or stressed.

Rigidity: Stiffness of the limbs and trunk, which may increase during movement. Rigidity may produce muscle aches and pain. Loss of fine hand movements can lead to cramped handwriting (micrographia) and may make eating difficult.

Bradykinesia: Slowness of voluntary movement. Over time, it may become difficult to initiate movement and to complete movement. Bradykinesia together with stiffness can also affect the facial muscles and result in an expressionless, "mask-like" appearance.

Postural instability: Impaired or lost reflexes and reactions can make it difficult to adjust posture to maintain balance which results in recurrent falls and injuries.

Parkinsonian gait: Individuals with more progressive Parkinson's disease develop a distinctive shuffling walk with a stooped position and a diminished or absent arm swing. It may become difficult to start walking and to make turns. Individuals may freeze in mid-stride and appear to fall forward while walking.

Does it affect only movement or is there a chance of further body and brain disorientation?

While the main symptoms of Parkinson's disease are movement-related, progressive loss of muscle control and continued damage to the brain can lead to secondary symptoms. These vary in severity, and not every individual will experience all of them. Some of the secondary symptoms include:

Could Parkinson’s lead to dementia?

How much awareness is there about PD in India? Do people take it as seriously at least in the initial stages?

Awareness about PD in India is low both in urban and rural areas with many people living undiagnosed. With a limited number of neurologists and a large population in the country even diagnosed patients lack an understanding of their disease.

What are the available treatments for PD? Does the person need to go through extensive therapy?

There is no known cure for Parkinson's disease. The goal of treatment is to control symptoms. Medications control symptoms, mostly by increasing the levels of dopamine in the brain. Doctors usually prescribe levodopa (L-dopa), which helps replace the brain's dopamine. Other drugs may be prescribed which affect dopamine levels in the brain. At certain points during the day, the helpful effects of the medication often wears off, and symptoms can return.

Surgery maybe an option for some patients with Parkinson's disease. These surgeries do not cure Parkinson's, but may help ease symptoms.

PD is a progressive disorder and thus requires extensive lifelong therapy. Although medications are the mainstay of treatment, patients with PD require interventions from a multidisciplinary team (Physiotherapist, speech therapist, occupational therapist, psychologist, dietician, etc) to enable them to live independently and to their fullest capabilities.

How should a person with PD be taken care of by the family? For instance, should the family involve him/her in activities and exercise and a regular life as much as they can?

It is very important for the family members to understand the disease and its many disabling manifestations. It is usually a lack of awareness that leads to constant misunderstandings and frustration between the patient and caregiver.

The patient should be allowed to carry out all the activities that he performed prior to the disease provided he has the capacity to do so and can do it without causing harm to himself. The more active a patient is the better he is able to deal with the disease.

Do caregivers need any special training?

Caregivers need special training which focuses on education about signs and symptoms, handling and lifting techniques, strategies for helping patients carry out their daily activities (rolling in bed, getting up from a chair), strategies to overcome freezing phenomenon (patient gets stuck in a position and is unable to move unless a cue is given) training in the use of assistive devices and coping strategies (for depression, anxiety, impulse control disorders, memory loss and hallucinations)

How important are support groups for PD?

It has been said that “a group can often do the work that individual therapy cannot do”. We believe that support groups provide the best setting for the PD patient and their caregivers to gather information and understand their disease. Parkinson's support group members can offer each other emotional and practical support. Getting together with other people who are facing similar challenges makes people more open to sharing feelings and experiences. As well as providing benefits from the exchange of practical information, support groups also provide motivation and inspiration to help a patient deal positively with the changes in their lifestyle. It also gives PD patients a chance to meet new people, which helps to break down any feelings of social isolation associated with the disease. Support group meetings range from group discussions, to educational sessions by guest speakers or just social outings.

Are there support centres in Northeast?