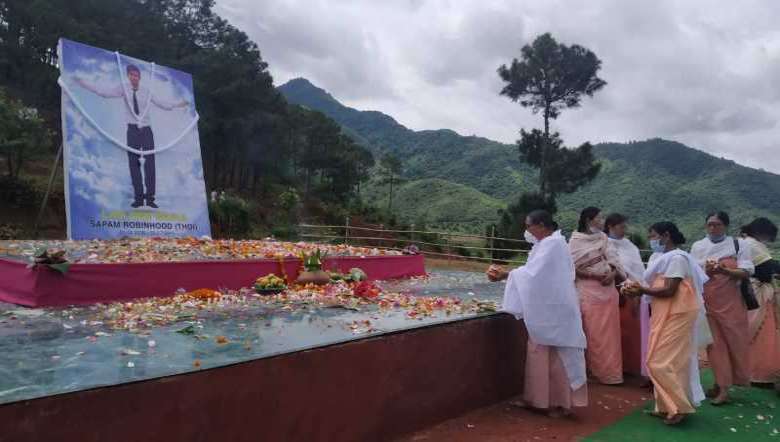 Many unwanted incidents may occur in the state if the government carries out delimitation exercise in the 60 Assembly segments of Manipur based on the 2001 census report, Joint Committee on Inner Line Permit System (JCILPS) convenor YK Dhiren said in Imphal on Wednesday.

The JCILPS convenor was speaking at the observance of the 5th Death Anniversary of Lamjing Meira Sapam Robinhood on Wednesday at Lamjing Mera Ching (Awa Ching), Imphal East.

Dhiren said that the 2001 census report is ‘not genuine,’ it is an ‘abnormal’ census report and therefore, the people of the state are opposing the planned delimitation process in the state.

The JCILPS will never accept the delimitation exercise in the state until and unless a new Manipur Population Commission is formed and a new fresh census survey is conducted, added Dhiren.

The convenor also asserted that the Inner Line Permit (ILP) system was implemented only in name on December 31 last year. The main features for safeguarding the indigenous population of the state have been omitted, he said.

Dhiren alleged that as there is no base year in the guidelines of ILP, the government considered the non-locals settling in the state prior to 2019 as permanent residents of the state while ILP is issued to those non-locals coming only after 2019.

Asserting that the people of Manipur should understand the Centre’s policy of ruling by dividing the hills and valley, he said that it is time to act and save the indigenous population instead of remaining as mute spectators.

Lastly, the convenor sought the support of the public in the steps taken up by JCILPS to save the indigenous population.

Floral tributes were offered by the people at the memorial site of late Lamjing Meira Sapam Robinhood to honour his sacrifice for saving the indigenous population of the state. Later in the evening, candles were lit at Minuthong to honour the departed soul.