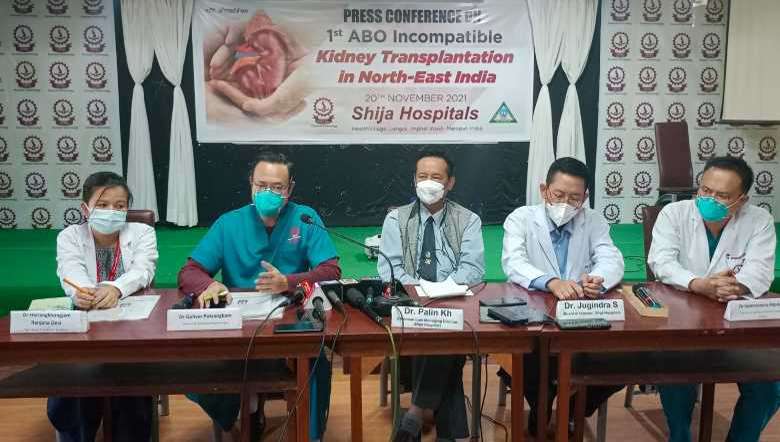 The Shija Hospitals and Research Institute (SHRI) on Saturday claimed to have successfully conducted ABO-incompatible (ABOi) kidney transplantation for the first time in Northeast India on October 26.

The patient’s blood group was O positive whereas the donor (his mother) was A positive. The patient was preconditioned with immunosuppressants, followed by removal of the anti-A antibodies in the patient with Immunoadsorption columns, he said. After ensuring a satisfactory antibody titre, the Kidney transplantation was performed, he mentioned.

Post transplantation, the patient had good diuresis and his graft continued to function normally. He had a rapid improvement in his well-being and was discharged on postoperative day seven with a normal graft function, Shekhar said.

Shekhar said that contrary to the belief that ABOi Renal Transplant is extremely expensive and requires elaborate infrastructure, SHRI has a relatively simple and cost-effective preconditioning protocol.

Overcoming the blood group barrier would substantially increase and help mitigate the woes of the incessantly increasing number of patients on the waiting list for renal transplantation, he said. Successful Kidney Transplantation provides a longer and better quality of life than dialysis in end-stage Kidney disease patients, he added.