Indefinite economic blockade to be held along the National Highways in the state from Monday. 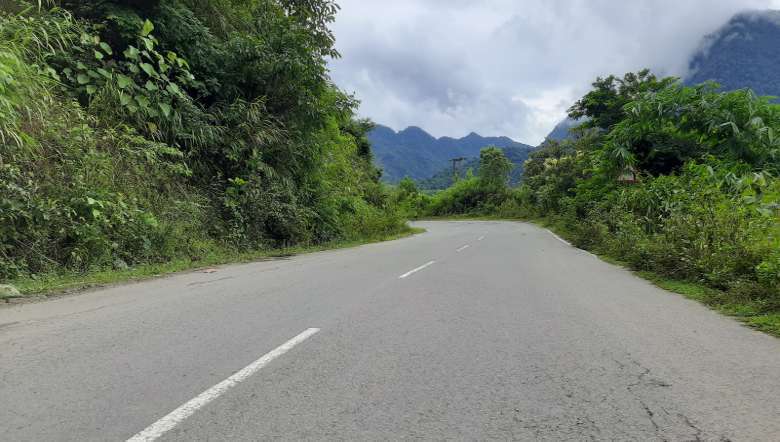 Tribal student bodies, namely ATSUM, ANSAM, KSO general headquarters and ATSUM Federating Units on Friday announced to go ahead with the scheduled 24-hour total shutdown and the indefinite economic blockade along the National Highways in the state from Monday.

A release issued by ATSUM information and publicity secretary Khaiminlen Doungel stated that on receipt of the invitation from the state government, an official discussion between the state government and the mentioned student organisations was held on Friday at Chief Minister's Office in the presence of the chief minister to discuss the HAC recommended ‘Manipur (Hill Areas) ADC Bill 2021.’

Since both the parties could not reach any agreeable solution in their positions, the announced agitations will go ahead as scheduled, it stated.

It further stated that the relentless efforts of the state government “to misguide the public by constantly claiming that the Manipur (Hill Areas) Autonomous District Councils Act 1971 is a Parliament Act and cannot be repealed by the state Legislative Assembly” is unfortunate.

The Manipur Gazette (Extraordinary) published by the Secretariat: Law and Legislative Affairs, Government of Manipur dated October 27, 2008 clearly states that the Manipur (Hill Areas) Autonomous District Councils Act, 1971 has continued to be in force in the state of Manipur with necessary adaptations under the Manipur (Adaptation of Laws) Order, 1972, it stated.

Corresponding upon the precedent of the Manipur (Hill Areas) Autonomous District Councils Act 1971 being repealed in the year 2000 and by the rule of law, the state government should stop misleading the public immediately and convene Special Legislative Assembly to table the HAC recommended ‘Manipur (Hill Areas) ADC Bill 2021’, it continued.

Every right thinking populace of the state are appealed to support the movement which aims to consolidate fraternity among all communities of the state, it added.

"We support the endeavours of the bill and appeal to the Government also to take necessary action in the interest of the Tribal at the right time,” the association said.

With festive season approaching, every individual is working hard for their daily bread, educational institutions are finally opening up after prolonged lockdown and ATSUM's total shutdown and economic blockade is deemed unsuitable, untimely and uncalled for, JTSA said.

Therefore, ATSUM's 24 hours' bandh will remain ineffective along the full stretch of NH-37 and all National Projects under JTSA jurisdiction shall remain functional in full swing. All shops and offices shall remain open to the public, it stated.