Why is China allowed to 'justify' killing of 20 jawans: Rahul Gandhi 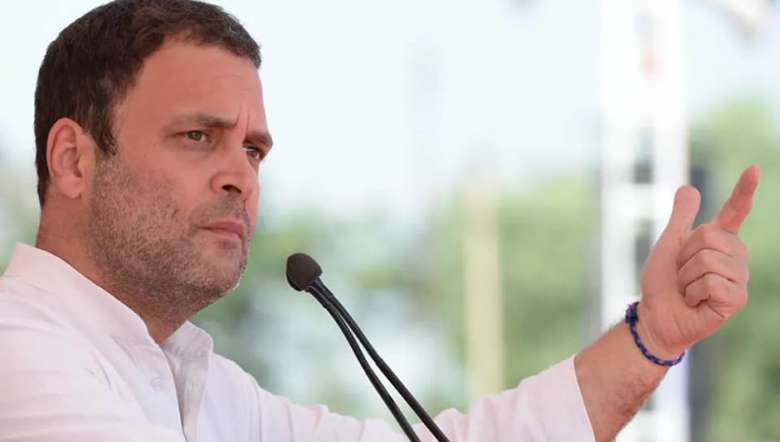 Congress leader Rahul Gandhi on Tuesday lashed out at the Centre over the border tension between India and China and asked why is China allowed to justify the death of 20 jawans in the Indian territory.

The Congress leader’s comments comes after National Security Advisor Ajit Doval held telephonic talks with Chinese Foreign Minister Wang Yi and agreed on expeditious disengagement of troops on the border along the Actual Line of Control.

Doval and Wang agreed on the expeditious withdrawal of troops for full restoration of peace in border areas following a “frank and in-depth” telephonic conversation between the two on Sunday, the External Affairs Ministry said on Monday.

On Tuesday, Rahul Gandhi, in a tweet, shared statements issued by India and China after the talks between Doval and Wang and highlighted how the Ministry of Foreign Affairs of People's Republic of China made a mention of the Galwan Valley in its statement while the India did not do so.

"National interest is paramount. GOI's duty is to protect it. Then, 1. Why has Status Quo Ante not been insisted on? 2. Why is China allowed to justify the murder of 20 unarmed jawans in our territory? 3. Why is there no mention of the territorial sovereignty of Galwan valley?" Rahul Gandhi tweeted

The Congress leader has been lashing out relentlessly at the Centre over the border standoff with China in Galwan Valley, Ladakh. On the night of June 15, 20 Indian soldiers were killed in a violent clash between the Indian and Chinese troops at Galwan Valley in eastern Ladakh.