Why does a society which refuses to beg even in the time of great distress now run after politicians for freebies is confounding and perhaps deserves a sociological analysis. 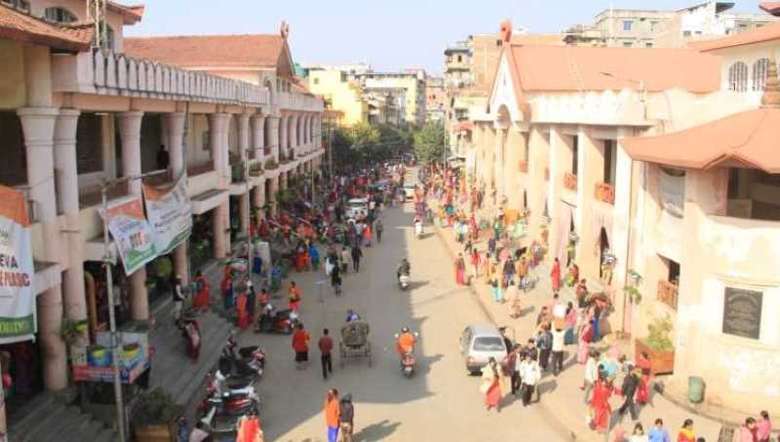 Like elsewhere, Manipur in the past had only two classes; the ruling elite and the plebs. But with the arrival of the British, a new class the middle class came into being. During the fag end of the rule of Maharajah Churachand, Manipur saw a vociferous middle class which led the demand for change that continued for quite some time. The leaders are educated and most of them are dedicated and many are multi-faceted. They brought changes in the system but when the pioneers passed away, the middle class lost its moorings and there is no one to give direction to the society.

Manipur was a fairly egalitarian society with riches determined by the real estate one holds. The elite lead a much better life vis a vis the plebs but no one went hungry. When calamities fell during the monarchy, the public granaries were opened and paddy distributed to tide over the period of want. The population was small and the resources large so that even in disasters, people can forage the forests and the lakes to feed themselves and their families. In those days, every family had fish side dishes (ngarou) almost every day; caught from nearby water bodies. Till the sixties, there were very limited beggars; who are mostly mentally unbalanced and no normal person thinks of begging as a means of survival. One can count on one’s fingers those who beg and most of them are known by their name in the locality.

The social and community support system with the joint family as the nucleus was strong even in the event of death of one’s father. the child does not feel the loss greatly as he was looked after by the extended family. The size of the joint families was large with the number of children for a couple not less than six. Raising a kid was not costly but with time the cost increases dramatically leading to couples trying to limit their kids to two or three or even one. Further, due to higher education, especially of the girls, many marry after 30. And with partition and fragmentation of the land, the nuclear family is becoming the norm leading to slowly losing the social and family support. Till the eighties, erection of mandap for any social event or festival was done by the locality but now it is through engagement of contractors. Any event was a social gathering developing bonds among the local people. This is now passé as a result rich people hardly join social events in the locality thinking that when his turn comes, he will engage contractors. Earlier one has to attend if he requires support from the locality. Whenever death occurs, many gather to do the cremation but this author has seen quite a few recently with limited people in attendance and even pall bearers were engaged on payment.

When famine struck in the middle sixties very few resorted to begging; rather they manage with one meal a day. The government reaction to the famine was to send rotten par-boiled rice that stinks and it got a bad name. When this author while visiting other states partake parboiled rice, it was found to be quite tasty though in Manipur it is still a strict no no. Quite a few people from Thoubal side shifted to Moirang side during this famine as it was easy to earn a living from the Loktak Lake. Those who are settled in Ithing are mostly from Thoubal side. Such proud people within a few decades have spurned their dignity and have literally become beggars. This process perhaps started in the seventies and by now has established itself firmly.

This was perhaps started by those who through illegal means have become rich or who have the support of such people and contested elections. They tried to get elected through any means to earn respectability. They started distributing money for votes. Once this was done on the sly but now brazenly and any candidate who does not do so is regarded as non serious. On the eve of this year’s Ningol Chakkouba, there were long queues at the residences of intending candidates seeking 1000 bucks as dakshina and the ladies who stand in the queue do not show any shame; rather they believe it is their right to seek the monetary demand. They go around soliciting dakshina from all the candidates in the kendra! Ningol Chakkouba used to be a private affair between parents and married daughters and between brothers and married sisters. It was an intimate festival where the whole family enjoyed trying to recollect the nostalgia of the past years. However, it has been made to be public affairs by candidates, politicians and social workers in search of popularity. Similarly many events which were held privately are now brought to the open. Earlier Emoinu eratpa was a family affair but now it is held publicly with lots of fanfare. The issue of whether the changes are good or not will depend on the outlook of individuals. But it seems that the sanctity of the festivals is being encroached and is becoming a public spectacle.

Why does a society which refuses to beg even in the time of great distress now run after politicians for freebies is confounding and perhaps deserves a sociological analysis. This author due to his limited knowledge of sociology and psychology will not be able to do justice. However, the need to examine this aspect is strongly felt. Is the begging behaviour due to increasing poverty where the gap between the rich and the poor has widened so much? Or have the people become lazy and take any opportunity to earn a fast buck? Or has the societal outlook changed to make aberrations as normal?

The absolute number of the poor has increased drastically and around 60 per cent of the population are in need of support. Government provides support to the poor through various schemes, but these are too little and selection of beneficiaries is biased. The most deserving do not get it, those who have connections get the benefits even though they are just not eligible. This is compounded by the burgeoning population leading to the resources becoming scarce. Still further, the wrong education policy has made people shun labour and once literate try to avoid blue collared jobs. Due to economic pressure, now-a-days many literates were forced to engage themselves in blue collared jobs, but that is never the first choice. For the poor to earn a fast buck through begging is the easiest option. There is a tendency where even for admission for their wards to classes; financial support was sought from politicians. The parents never thought of sending their kids to government schools where the cost is negligible and will insist on sending their wards to costly private schools. Due to such largesse, greed has become encompassing forcing one to recollect Sapkowski’s “Human greed knows no limits” in “The Last Wish”.

Lack of opportunity led many youth becoming astray. Many become addicted to habit forming drugs and to meet their daily fix resort to stealing, conning, begging and even looting. Present day beggars seek cash only not in kind while in the olden days it was mostly in kind. Unfortunately, parents deny their wards have gone astray and will always blame others. Such an attitude makes the children think they are doing no wrong as they have the support of the parents. Sweating to earn seems no longer an option and with limited opportunity youth are easily led astray. Further the system now is not a competition to identify the best. In the job market, the best is never selected; selection depends on the quantum one is willing to pay. In other words, jobs are purchased and those selected through this system are corrupt from day one. Thus, a vicious cycle with no escape!

With the change in the outlook of individuals, the outlook of the society changes and thus begging from politicians is no longer seen as negative. One may still deride those who are poor and who have to resort to begging to feed without any other alternative. But those who beg from the politicians and intending candidates feel that they are not doing something which diminishes their character but rather they feel that it is their right to demand or beg. The society also sanctions gratification during the time of election as if it is the in-thing.

With the presumption by a few that begging from the politicians is a correct approach towards life, many emulate them and there seems to be a change in the societal outlook towards this phenomenon. They never realise that taking 2000 bucks for his/her vote, he/she is selling their rights for a measly Rs. 1.10 per day and he/she has lost all moral right to question the wrongdoings of the elected politicians. The tragedy is that women who are regarded as the custodians of traditions are in the forefront of this begging culture!