The volleyball tournament sponsored by the BYC veteran, was inaugurated by chairman of MTDC and MANIREDA Ginsuanhau Zou. 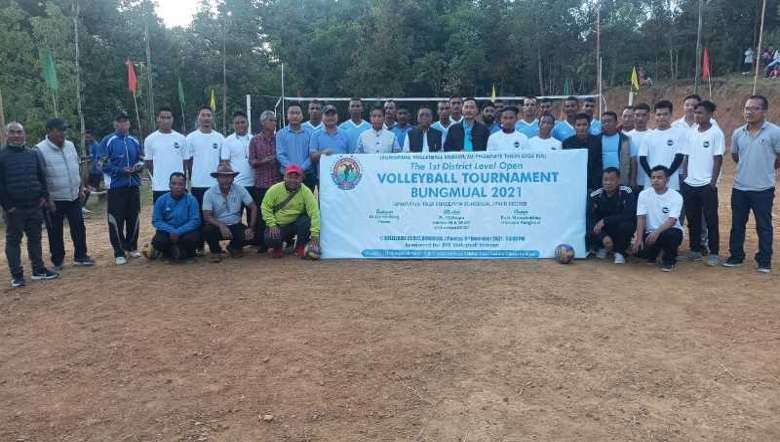 The volleyball tournament sponsored by the BYC veteran, was inaugurated by chairman of MTDC and MANIREDA Ginsuanhau Zou in the presence of chief of Bungmual village H Mangchinkhup and others dignitaries from BSF/STC led by its second in command MKT and leaders from organisations of the village including Young Paite Association (Bungmual Unit).

In the inauguration programme, an exhibition match between the BSF/STC and Zion Vokpee was played with guests in attendance. Rising club and Kai gou memorial team played in the first inaugural official match today during which the latter won in the five-set match.

First district level Volleyball tournament 2021at Bungmual  was planned to be played under the flood light in the night time and was the first such volleyball all men's Volleyball  tournament played in that fashion in Churachandpur.

During the function, the chief guest said that it was great to witness BYC taking a step toward organising such an event as they had been one of the most watched sports teams in the past many years when they excelled in sports. He also congratulated them on the occasion.

Concerning the request to provide solar street lights, the chief guest said that they are late in delivering them as all stocks have been exhausted. He, however, assured that the department has asked the government of India to provide more and Bungmual will be a priority, if the requests come to fruition.

He further said that the football play ground and volleyball court can be developed as one of the sport centres in the district. He said that they had made repeated appeals to the government for its development but failed to materialise.