Amid reports of Congress MLAs joining the BJP in Manipur, MLA Mirabai on Monday said no more Congress MLAs will leave the party to join the BJP. 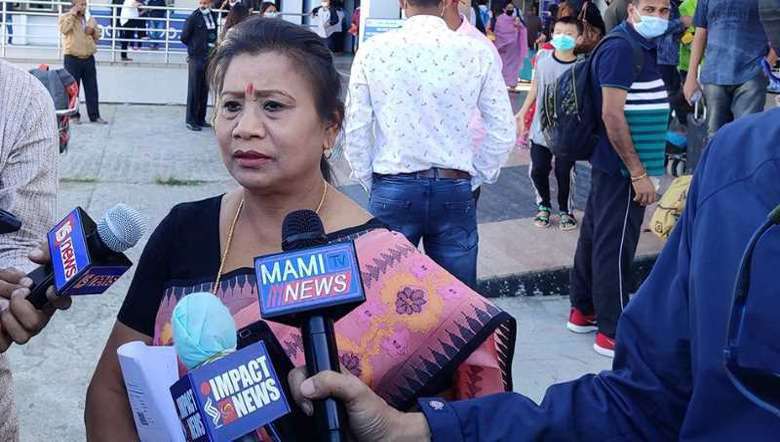 Congress MLA AK Mirabai on Monday announced that no more Congress MLAs will leave the party to join the BJP. She also emphasised that she will continue to serve the public by upholding the party ideology which she firmly believes in, setting the record straight on reports of her along with other Congress MLAs joining the BJP.

Mirabai gave the affirmation before leaving for Delhi at Bir Tikendrajit International Airport on Monday when the media sought her opinion concerning the news reports of Congress MLAs joining the BJP.

Mirabai said that she is visiting Delhi to attend the final hearing on the disqualification of 12 parliamentary secretaries which is scheduled on November 9. Along with her, other Congress MLAs will also join the hearing, she said.

Mirabai said that the Congress party has been gearing up to get an absolute majority in the forthcoming election by defeating BJP. The Congress has been discussing how to deal with the financial crisis in the state and soaring of prices in essential commodities, once the party comes into power, she said.

“I assure the people of the state that the Congress party will surely come back to power. The party is putting all efforts and leaving no stone unturned in forming the government by getting an absolute majority in the upcoming election,” she said.